Though there was a slight decrease last week from March 4th, MAD increased from March 7th and continued throughout last week, reach 608 on March 12th, which was the highest point in the last 30 days. 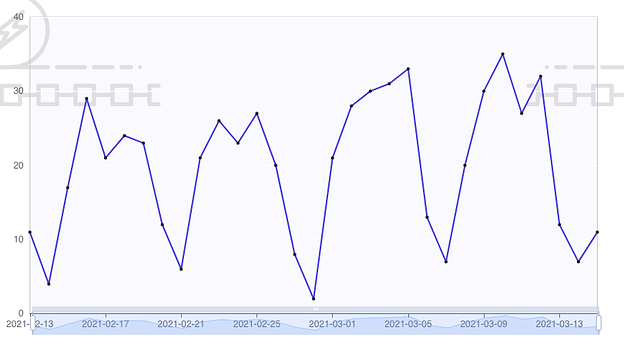 Continued with the pattern of high during weekdays and drop during weekends, the active developer(external) count reached the highest point, 35 developers, for the last 30 days on March 10th.

A 60% increase happened on March 10th, reached 32 new developers that day. Most likely because of multiple shoutouts by artists and creators on our friendly, carbon neutral(thanks to the blog post) NFT building environment and videos made by YouTubers like Crypto Lodge.

From CLI data in the last 30 days

Weekly Active Developer and Weekly Active Dev-deploy/Deploy Developer also increased on March 10th by 15% and continued to increase to the end of last week. This increase was believed to be the effect of the carbon neutral blog post, the shoutouts around our building environment and token price increase.

Ratio between the two cohorts also kept in the same level, showing positive sign of developers being actively developing.

An increase started on March 9 and reached highest last week on March 10, with around 40% increase each day. This shows there was real engagement increase. 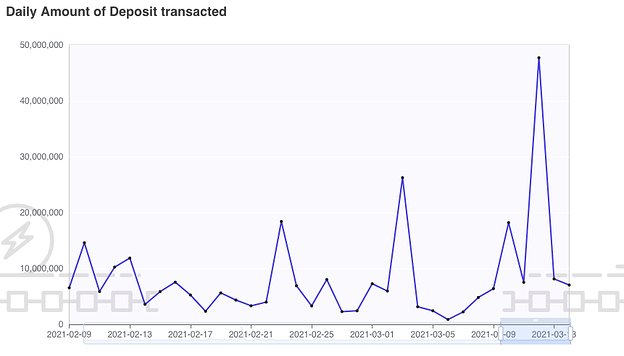 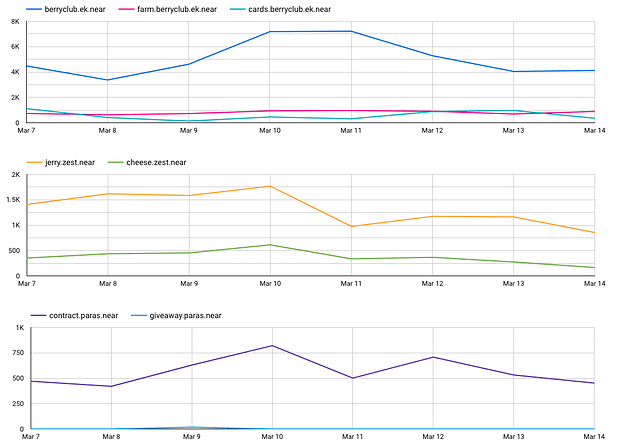 From top to bottom are: Berry Club & Berry Farm & Berry Card, Zed Run, Paras and Flux. The data is queried from our chain database and provides a rough number of overall engagements of these contracts.

All contracts’ engagements increased from March 8th to March 10th. 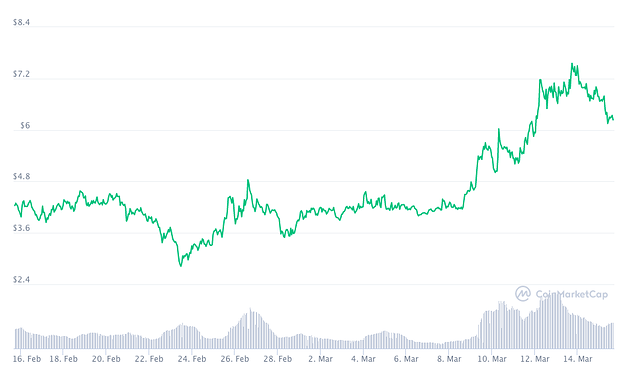 NEAR token price increased from March 10th and continued to March 13th and reached its historical highest point.