How Blockchain Voting System Can End Election crimes In Kenya

Previous general elections in Kenya have been tarnished by allegations of fraud and outbreaks of violence, which have divided the nation since. The country is hailed as Africa’s Silicon Savannah and as its citizen is heading to the polls again on August 8 2022, it’s our hope that they will be using technology to make sure these elections are free and credible. Through this, the development of Web3 has a chance to shift our cultural paradigm, with decentralized, digital solutions for some of Kenyans biggest problems.

Kenyans politics could provide Web3 with the first major enterprise opportunity to build trust, fuel mainstream adoption, and get widespread media attention.Web3 technology shares the election principles of accuracy, transparency, security and accessibility. In its most basic form, Blockchain is a digital ledger. The technology draws its power from the peers—or nodes—on its network to verify, process, and record all transactions across the system. This ledger is never stored, but rather exists on the “chain” supported by millions of nodes simultaneously. Blockchain’s database of transactions is incorruptible, and each record is easily verifiable. The network cannot be taken down or influenced by a single party because it doesn’t exist in one place.

Over the past, Human error by voters and election staff was responsible for 1/10 of ballots being disqualified in previous elections in Kenya, and it starts with the registration process. Imagine registering to vote at any time with just your name, communication info, scanned government ID and biometric data (fingerprint). Blockchain technology already allows users to manage personal information in a secure way.

Blockchain voting would also ensure the first wholly digital, paperless election. Completed ballots would ping against the dApp’s smart contract and provide the voter with receipt confirmation. The voting ledger could be instantaneously updated, unchangeable and extremely difficult to hack. Also, Web3 technology can cut taxpayer investment and increase voter participation, while allowing governments to run accurate, The more people you have participating in the process, the more integrity there is in the process, the more transparency there is in the process, and the more confidence we will all have as Kenyans that the people we elect to office are truly who the people want,transparent, secure and accessible elections. Meanwhile, elections are an ideal way to introduce voters to the potential of enterprise Web3 solutions 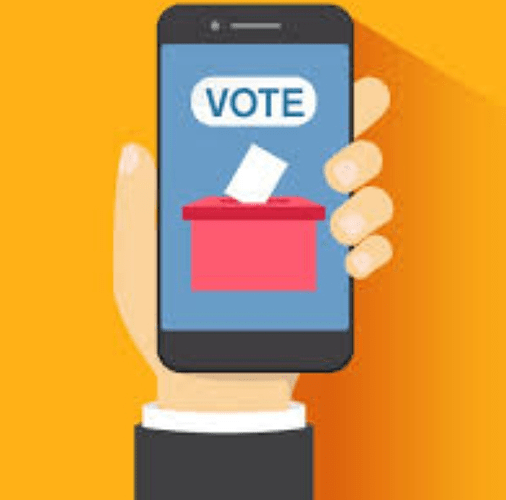