Purpose: Creation of a DAO that will showcase and support the local economy of non-normative creators, designers & performers within a podcast.

Challenge area: propose your own challenge

We intend to create a seasonal series of events, starting with a PodCast to host and support creatives of all kinds that will include art market, talks about contemporary social issues, talks about blockchain integration, concerts, poetry slams, bar, NFTs & Fashion show. FavelaLx NFT Arte Project has a strong educational and social focus, and we would love to promote debates across different communities. So this events will happen in differents venues and neighbourhoods in Lisbon in order to grasp all kinds of backgrounds.To cast the project, we already have the support of Homie’s a Local Joint a charming restaurant in São Vicente de Fora, Lisbon Central Neighborhood, which have already accepted a partnership with FavelaLx NFT Arte Project in the integration of the events that promote the NEAR Protocol, that also support our podcast project, accepting to sell tapas and drinks, as well as Homie’s Street Closed, which will accepts Near in your negotiations especially for the hosting of our first episode and more If the project moves forward with your support, collaborating in the creation of an experience with the use of crypto currency Near.

After the launch of her first exhibition at the artist residency Arroz/Near, Jô Kalagary, also invited two more art educators to compose the framework of the FavelaLx NFT Arte Project, thus introducing two more members who are willing to collaborate in the construction of our Near community, giving body the creation of our own DAO…

_ support non-normatives creatives from all backgrounds, working with them on the creational process of and the comprehension of Blockchain, NFT´s market and Near Protocol, onboarding them first with a Wallet, them MintBase and NFT at favelalx.near if appropriate also ask for funds to help them open there won Mintbase NFT Shop and selling their art at the venues

_integrate different communities by boosting collaborations between different agents working in the community to create the contents/events and all the technical solutions that the project demands in the same economic model with events that have focus on showcasing the artists that´s building the FavelaLx NFT Arte Project or it’s working with Blockchain, NFT´s & Near Protocol by inviting them to talk about their experience within.

_try new ways of rewarding participation by inviting intellectuals, sociologists & anthropologists to talk about the FavelaLx NFT Arte Project, Blockchain, NFT, Near, Ecology and Social Issues that can be related to the FavelaLx NFT Arte Project also build a relationship during the construction of the project we´ll give incentives to all of them to use the coins between us and at the venues, instead of the exchange agences.

We´re asking a total of 150N In order to get the first part of project started, we need to cover costs such as the;

We need one week to showcase that proof after release of funds to:

Initially the FavelaLx NFT Art, by the name of Favela Session´s - Podcast Project- has one-year plans and We are requesting funding for the production of the first 3 months of the project, with a total of 8 content per month, divided into 2 new content releases per week and then so more three months till the end of the project, started immediately after the release of funds, taking till 2/3 weeks to launch the podcast.

Note: It´s imperative that all project collaborators create their wallets in order to trade their coins among community members.

Ana Paula Miranda, black woman, mother, creator of the brand Casa de Criação Miranda, multi-artist who started working in the arts in 1999 at UNB (Federal University of Brasília) and walked a whole path in various aspects of the artistic area. Having worked with the audiovisual (producers: dog face, conspiracy, gift artistic productions) She was part of the team of the feature " Mulher Invisible", she worked in various segments of the theatrical area, production assistant, makeup artist, props, set designer and costume designer. He is currently part of the team at Circo Macaco Prego, a children’s entertainment company.

The visual arts was and is the language that, during the pandemic, the artist realized a way to continue living from her art. Despite painting since he was 13, he chose painting as a language to portray his particular universe. Always with inspiration connected with the African diaspora portraying the Afro-Brazilian culture. Participated in Project Duna doing his residency on the page profile for 3 days. 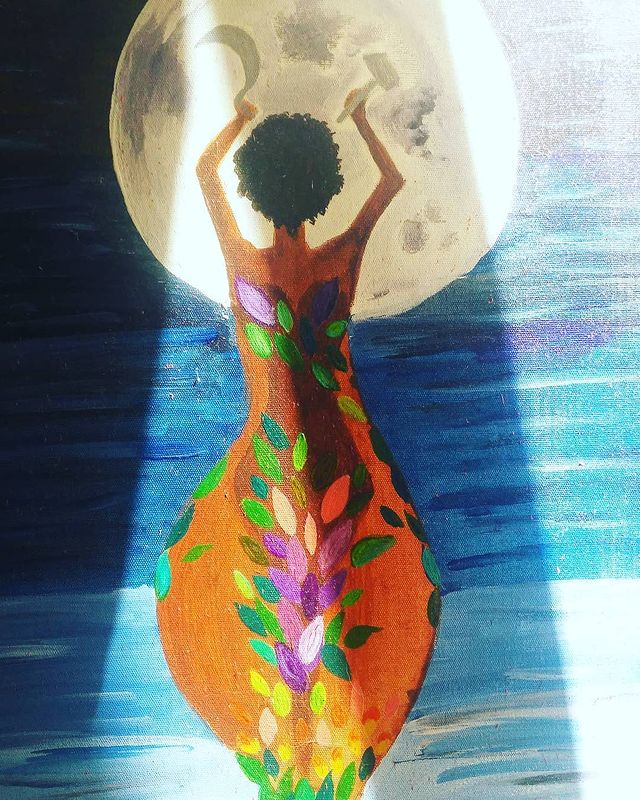 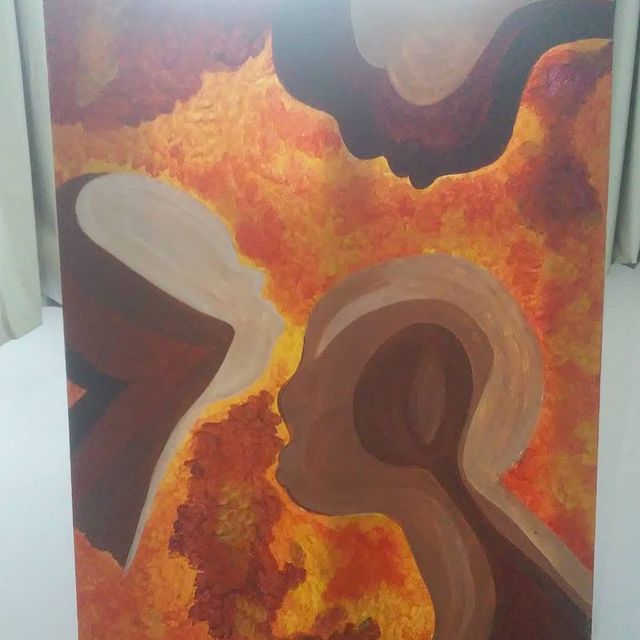 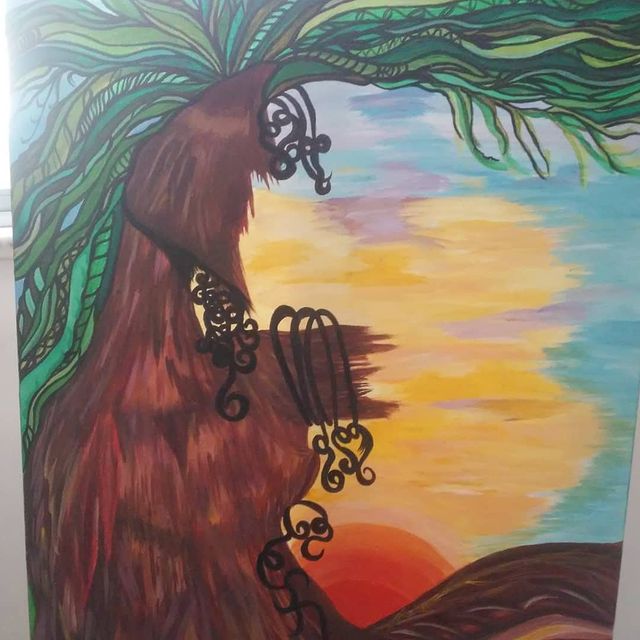 After this residency, the HUB (Art Nucleus of York University) began to publicize the artist’s work until she was invited to participate in the online exhibition 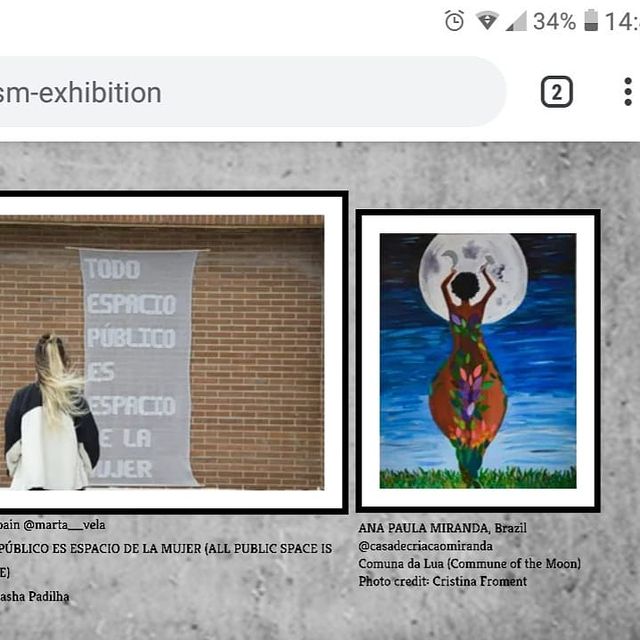 Fixing your space on the University’s website where you can see your work in the artists’ hall.

Conquering his space as an artist of the Afro-Brazilian diaspora in the visual arts market.

Born and raised in Rio de Janeiro, the artist who signs as Muleca XIII currently resides in Lisbon and defines herself as a Cultural Ambulant. The rapper, graffiti artist and educator composes lyrics with a strong social political nature, always with sharp rhymes, whether in her songs or in her freestyle, a strand of improvised rhymes that she practices with great aplomb. The entrance to the rhymes took place at the Comando S.E.L.V.A 22, collective of artists and the long journey was made through cultural militancy in the favelas.

Jo Kalagary 1 (1987) is a Brazilian artist and cultural producer, now based in Lisbon. The artist’s been working in cultural production, events idealization and artistic presentations for a long time, including Favela LX that once was a bar and a performance venue that promoted diversity and representativity.

Favela Lx also promoted open talks and a stage for minorities to have a voice in a collaborative way, touching on issues such as racism, xenophobia, LGBTQphobia and misogyny. In 2018, Favela LX closed the physical space due to financial struggle and gentrification but the project has survived and it is bearing fruits and collaborations.