[Closed] Media for NEAR by CUDO DAO

Media for NEAR by CUDO DAO

Combining the audiovisual expertise of CUDO FILMES with the community born out of CUDO DAO’s performance over the past 1.5 years, we aim to create a series of videos for NEAR FOUNDATION that aim to promote and enhance key stories and characters within this ecosystem.
Our ultimate goal is to create strong content for NEAR that can further propel the brand to a new audience, while building loyalty and nurturing current users with content not yet seen.

Initiative summary, be sure to include:

After almost two years inserted in NEAR’s projects and producing the onboarding of hundreds of users, we could see that one of the great difficulties of the brand is to be able to transmit content with a wide reach and great diffusion.

Producing audiovisual content that tells the story of important characters within the ecosystem inspires, brings trust, and sells proximity to the audience.

With the content produced thanks to this grant, we will give names and faces to important characters and, as a result, an audience that, in general, cannot create more proximity with NEAR FOUNDATION’s projects will start associating the brand with reliable stories and information.

We are proposing two series. One, called Origin Story (inspired in the Histórias de Bagagem) which consists of a personal story told by characters relevant to NEAR FOUNDATION. It can be about how these people were introduced to the ecosystem, or how they invented a product. In a free and inspiring way, these people will have their NEAR story immortalized in a video that will give the audience the chance to get to know a little bit better the people behind the brand.

For the second series of videos, called Spoken Portrait, (inspired in the Retrato Falado)we will invite characters relevant to the NEAR Foundation to a video/photo session in which the guest will answer questions that will give the audience important answers about NEAR, about Web3, and about the various opportunities that are revealed in a plural and powerful ecosystem like NEAR’s.

Each series will consist of 6 episodes, produced over 2 months of work from the moment the grant is approved. Our production team will work with a focus on meeting these characters in Europe, with filming to be done in the interviewee’s city or with the travel of the guest to Lisbon where the work team is based, according to what best fits the budget.

The final videos will be offered to NEAR Foundation Marketing to be broadcast on their official YouTube and Instagram account, joining the other series as NEAR’s whiteboard.

*Expected impact and value you foresee for the NEAR ecosystem/community 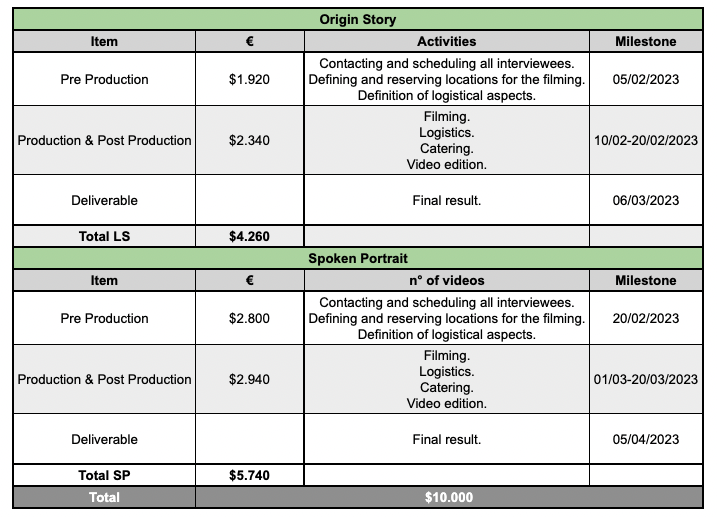 Poll is done. Thank you so much

Thank you so much, we will place the order. 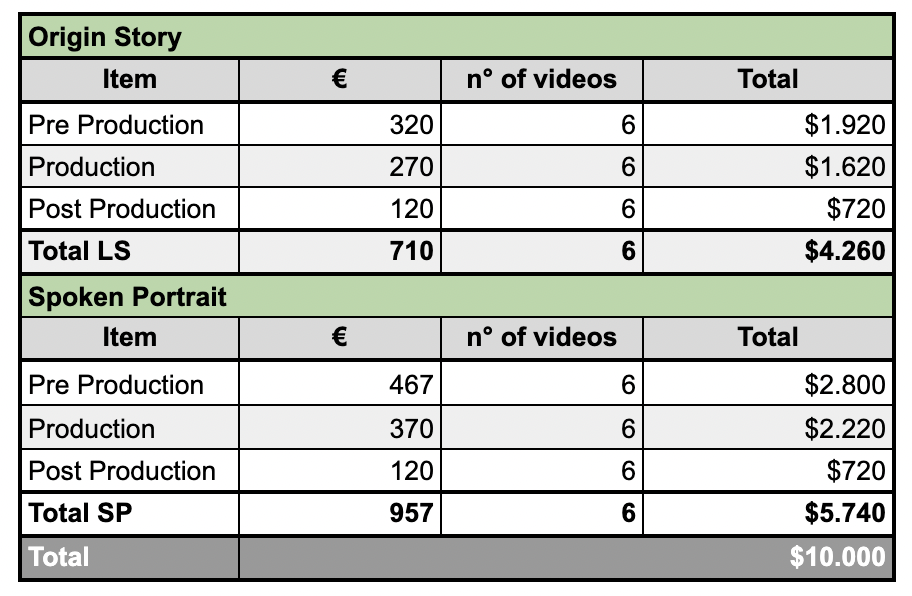 Thanks for your attention!

Hi @hevertonharieno – thanks for the proposal. Under our current funding guidelines, this proposal seems to me to be out of scope in that we are focused on funding marketing activities, not creative projects/production.

Additionally, while I respect what you’re aiming to do here and am inclined to think the resulting content would be high quality in terms of its production and content, the reality is that we are working with a constrained budget. Even if this were for marketing activities that fit our guidelines, it’s unlikely I would support production at this pricing in the current market as it would account for nearly 1/5 of our total monthly soft cap for 6 videos.

In terms of a way forward, I would recommend reviewing the current guidelines and coming back to us if you have a proposal that is more aligned with what we are now able to fund and support. Thanks!

Thanks @so608. I really appreciate the quick and careful feedback. We will think about it and see if we can make some adjustments here to make it better suited. =)

@hevertonharieno could you please fill out the form

Hi @hevertonharieno i have reviewed your proposal and comments from council.

Thanks for your feedback @cryptocredit. We’re discussing to re-organize this idea =)

Having run quite a few interviews over the years I can appreciate the time and effort that goes into them.

However, it’s not immediately clear how these videos will directly result in people getting into the ecosystem. As @so608, we’re also working against tight budgets these days and I’m afraid I can’t support this project at this time.