Hi community, hope you all are good.

My name is Jaylson, must known as Jay or also, O Camões Preto; Ja.Yl’ Son (of Lights) and I am an artist (poet; singer; manager; curator) based in Almada.

By the years, I’ve developed different art projects such as my first poetry book, “Rasgos”; Hosted “Festival Todos”; and I’ve met NEAR community via Art Progression Now Rare Effect’s (vol.1;vol.2) Exhibition, as a member from Arroz Estudios organization, I even hosted two days of the first event, and recently with Muti Collective “Planta a Palavra”.

By June 2021, I’ve released my first single in years, “Play it” and in August “Dem wicked” for my upcoming EP, “Universal Calling”: 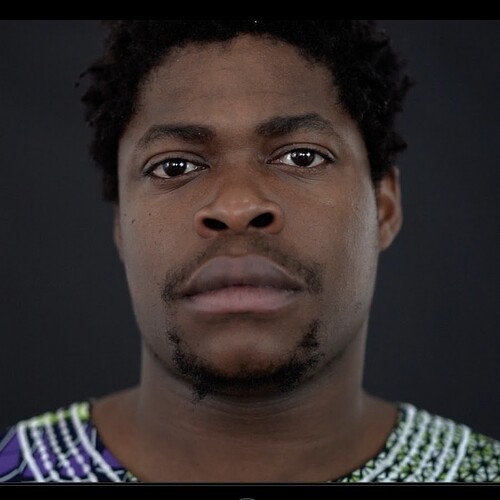 So, to keep releasing good material, I would like to request funding for the following project: “Afrika” Official Music Video .

This will be the third single from “Universal Calling”, and we intend to bee funded now in November, if possible, and the remaining in December 2021, so we can produce the video clip.

With a very intricated lyric, “Afrika” is one the most powerful songs Ja. Yl. Son ever made. So, by understanding the outstanding talent from Gregz, as a filmmaker, we would like to combine strong and beautiful images to those lyrics.

985 USD: Video Production and Editing
175 USD: Props, food and fuel for the day of shooting

Hey @ja.yl.son
Thanks for the proposal!
Looks good so far. Just a few notes from the muti side of things:

Thanks!
Let me know if you have any questions

It would be great to have one NFT from the video or single for example, which would be minted in the muti mintbase store.

Many thanks for this, it is very important for me and I won’t forget it, never.

It can be that way for sure.

@danielborges1989 for example will be the first to attend this onboarding. I will also present this amazing opportunity to Gregz and all the other participants.

We will keep in touch for sure,

Many thanks for this.

It will be a very good idea, it would be my first NFT and I am excited eheh.

We will plan it.

Changed it to [Approved] now, once we received the monthly funding we will let you know to proceed with the first payout of 500 $

Ok, no worries, will wait for it.

@ja.yl.son This one I know eheh! Good luck with the video!

you really know it well ahah,

Hey @ja.yl.son!
Funding is confirmed, please send your first payout proposal for 500 USD / 47.3N to our DAO: https://app.astrodao.com/dao/muti.sputnik-dao.near
Please use this forum link to add in the DAO proposal. Let me know if you need help with it

Feel free to use this post for updates as well (for onboarded artists and accomplished steps of the proposal etc.)

Just to inform that due to an urgent cirurgy, I won’t be abble to do the vídeo now in November, and maybe it will be hard to do it in December.

So, it may be postponed to January

Thank you in advance,

Thank you & sorry to hear that!
Keep us posted so we adjust the budget accordingly then & postpone the funds to January