Mette :
Mette Slot Johnsen is a cultural producer specialised in live music projects. Originally from Denmark she lived 19 years in the UK and moved from London to Lisbon in 2020.
She is resident at Arroz Estudios and was part of the Arroz Criativo DAO council which she left for Golden Blue DAO council.
More here: www.byraev.net

Julia Baker:
Originally from London but now based in Lisbon, is a DJ, ethnomusicologist, radio & audio producer and live music programmer.
A DJ for 5 years now, she plays an eclectic selection of music from around the world, blending sounds from near and far, old and new. She’s particularly interested in the liminal spaces and connections between distinct genres in her DJ sets.
Having lived and travelled in Brazil, Colombia, Cuba and Cabo Verde to research their musics in the last 13 years, and having recently studied ethnomusicology at London’s School of Oriental and African Studies, she is very influenced by music from Latin America, Africa and their diasporas.
Julia’s played at various clubs and venues in London including Five Miles, the Bussey Building, and Folklore and also hosted radio shows on SOAS radio, Aaja and Netil radio, as well as on Lisboa’s own East Side Radio.
She recently moved from the UK where she spent almost a decade living in South London in the midst of the burgeoning UK Jazz scene which has become another passion of hers, as well as working in programming for one of the most renowned music venues in London, the Barbican Centre. Some of her work can be seen here.

Tolga / @squattingPigeon
Tolga is a computer scientist and composer from Paris & London currently based in Lisbon. Early career, he was one of the disciples of legendary Jazz drummer Sunny Murray. Sunny was one of the pioneers of Jazz in composition and drumming. He is known to have turned down a position at the seminal John Coltrane Quartet. He worked with Cecil Taylor, Dave Burrell, Albert Ayler, Don Cherry, Archie Shepp, Ted Curson, Gil Evans, Alan Silva to name a few. With these inspiring connections in mind Tolga considers himself to be one of the messengers of the genre regardless of subdivisions.

Vanja / @pan_tastick
Record collector and DJ originally from Milan, living in Lisbon since 2018. In Milan he co-founded Officina Radio, a web radio showcasing live music and interviews on a weekly basis and throwing jam sessions and parties. In Lisbon he found his way as a DJ, having already played in 30+ venues, from big clubs to dusty associations. His sound covers a wide range of music, from 70s Funk to modern Electronic, but his passion has always been Jazz, nurturing a strong passion for its social and cultural background and having recently introduced a “strictly Jazz” DJ-set format, placing himself as one of the very few DJs in the Lisbon area regularly pushing the genre.

Born in Lisbon 1995, raised in South Alentejo where he began his studies of guitar and composition. He had his first contact with improvised and experimental music in Lisbon and had lessons in Brussels where he studied music for 2 years. Co-founded Mazarin, jazz influenced band where he has been playing and composing since 2016, they have performed over major venues and festivals in Portugal.

Right Honourable Ladies and Gentlemen of the house,

Please meet the long awaited Jazz DAO, a new venture aiming to support all that Jazz! Rather than the form we aim to focus on function and the spirit of it. Indeed, born out of slavery and oppression it is an inherently politically charged medium that has equality and nurture programmed into its DNA. With this in mind we would like to explore this spirit in whatever form it has existed in the past and is evolving into now. We are arguably in the brink of a resurgence of the genre with artists such as Nubya Garcia, Kamasi Washington, Emma-Jean Tackray, Takuya Kuroda, Yazz Ahmed, Ezra Collective, Kamaal Williams, Moses Boyd, etc. leading the charge.
We are committed to convey this renovated enthusiasm for the spirit of Jazz into community events and practices in the area of Lisbon and beyond. By serving as a platform for artists to promote their initiatives around Jazz, for the listeners to get together and share knowledge, we’d like to support concerts, DJ sets, radio shows, podcasts, workshops, music production, recording and Web3 education.

Our TG channel can be joined here.
Our socials will be live very soon!
Our temporary logo is below: 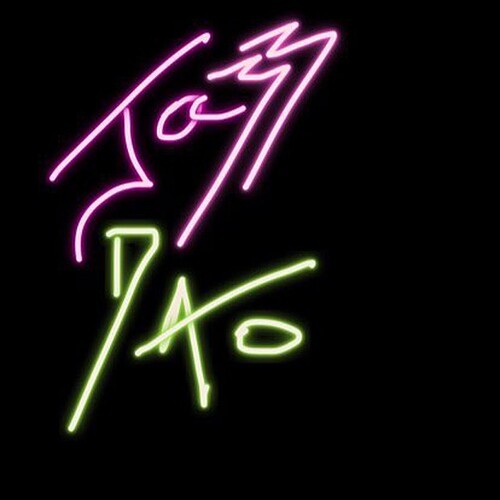 Hey @squattingPigeon thanks for the proposal. A Jazz DAO sounds cool! The moderators have noticed that both DAOs you are leading, Jazz DAO and Golden Blue DAO, are doing almost identical projects, asking for funds to put on events. We were wondering how these events integrates into Web3 and NEAR? We also are wondering how you plan to balance both projects in a balanced way? Thanks so much!

Yes everyone seems to be excited about the Jazz DAO thank you! They are actually very different projects. I play a very different role in each one of them and i am definitely not doing all the work

. Golden Blue is promoting only female and non binary artists regardless of their musical direction. Its main project is a yearly festival - Isodea - afterwhat it will probably be dormant or much less active. The Jazz DAO has a pledge for equality but is not gender focused and is promoting a specific genre. It will probably be more active If we enjoy the work and find support. I am the guild leader in both because of my experience with Web 3 and the ecosystem. It is a matter of time before both communities harness the tools and i step down. I will have to step down anyway due to other commitments.
As to Near integration, i believe you are thinking about onboarding ? We are working on educating everyone we work with to Web3 and Near whether it is the blockchain/distributed systems theory, daos, defi, minting nfts, smart contracts etc…Following this we’re going to support everyone to use these tools within the ecosystem… Does this address your questions?

Thanks for explaining @squattingPigeon! Its great that you are helping these projects get started and uplifting both communities to start off successfully. Happy to say that this proposal follows the Creatives DAO Guidelines, so it is approved by the Community Moderators. Please create a poll on the Creatives DAO Astrodao, so that the council can vote. When and if the vote of the council is ‘yes’, approach NF for your payout proposal, following this guideline: [New Process] Community Payouts. Also, Feel free to join our Discord Server to Post Your Monthly Reports and Funding Proposals for Better Organization

Thank you for taking the time to look at these projects and supporting them. Above was our introduction, i think our budget here might need your approval too for us to proceed on Astro. Golden Blue Dao’s budget is here and still under examination i believe. Let me know if you need me to clarify anything else about either of them. I’m also on the discord server but i couldn’t see a report/proposal section so i only posted the intro…will have a look again…

Hehe sorry about this @squattingPigeon! I posed the approval on the wrong post… so many proposals this month I got mixed up! We will address Golden Blue soon too

No worries @adrianseneca i can see the pressure rising…look forward to your feedback and thoughts!