What is the difference between a Guild and a DAO?

The topic of discussion came up on Telegram about the differences between Guilds and DAO’s. This topic is to discuss the differences to create a clear and concise description for the community. Here are a couple of questions to help guide the discussion:

My understanding on this topic:

I agree with @Ozymandius

My impression is that “Guild” is a label for an affinity group in the larger NEAR community. The organizing feature of a guild can be similar interests, geography or even love for Dr. Suess I suppose. Guilds share a couple of key features including the fact that members have explicitly joined the guild and that the guild is officially recognized by the NEAR Foundation and receives material rewards (ie. NEAR Tokens) based on output against published metrics

My understanding is that the term “DAO” represents a group of people (and/or systems) organized by software running on chain. The DAO software may be classified based on well known software like a “Moloch-style DAO” or otherwise. DAOs, being software, are relatively cheap to create and destroy (relative to a guild, for example)

Considering the above i would imagine that a single guild may choose to deploy one or more DAOs to conduct business. Maybe a guild might have one main DAO to manage guild funds and then decide to spawn new, dedicated DAOs to manage specific projects, for example. With some experience, a guild may decide to design their own DAO to make working together more efficient

although I have to say some communities identify so deeply with being run via a DAO that they think of themselves primarily as a DAO rather than group/community! I tend to disagree with this approach, but it is common in Crypto. It’s not unlike 2000 era companies that put “.com” in their names to make them sexier for stock market investors!

Thanks for starting this conversation @blaze

should prob pin it globally once we have consensus around definitions so everyone knows the difference(s).

Guilds are intersubjective realities and social constructs. People are the building blocks and atomic units of guilds or communities in general (I think we could say guilds are a hybrid of communities, collectives and companies in the modern sense).

DAOs are like onchain companies or orgs that are defined by their software. They almost never have any real agency or autonomy on their own without agents (human actors) who vote using the DAO. It’s like an empty shell (org). Imagine a multisig but much fancier with various decentralised governance/voting modules/tools!

Everything is possible. A DAO can have multiple Guilds as its founders/members. E.g. AngelDAO with GooGuild and 4NTS! Conversely, also Guilds could have or use multiple DAOs just as they would use multiple emails or wallets/multisigs.

I like the concept of ephemeral DAOs which basically means one could spin up and down a DAO for a very small short lived project. E.g. 5 people on a subreddit have an idea, they put together some money and start a DAO for that one single project. Once the project is over the DAO’s remaining funds can be drained and it’s practically “dead”.

We are trying to figure out a way to have 3 level nested subcategories. If we manage to run that satably on this forum then I would go for DAOs as a sub-cat of communities or even nested under each Guild! If not, I would vote for DAOs as a first level category with one subcategory for governance discussions of each DAO.

@nima this is fantastic and brings vivid clarity to the question! This dialog has also helped us bring ultimate clarity to the definition of a Guild too, which is amazing.

What’s great is there generally seems to be consensus here.

Let’s see if I can summarize the feedback so far:

A Guild is a group or groups of people that unite under a topic, cause, or region within the NEARVerse. It’s a way to organize specific skills and interests and give them a home.

A DAO is an on-chain DApp that provides governance for a specific topic, cause, or region through community proposals and voting by an approved board.

A Guild with multiple DAO’s makes sense with meta-guilds, guilds that have grown beyond the threshold of governance, or for a specific sub-topic or project.

With the clarification provided by the community Guilds and DAO’s serve distinctly different purposes and functions that complement one another in the NearVerse.

Having the DAO a top-level topic makes sense for promoting that this is a core piece of the ecosystem, however, each guild’s DAO(s) may not be of interest to everyone and it could get messy. It sounds like a happy medium is to have meta-guild level DAO’s at the top level and guild specific DAO’s as sub-topics of guilds.

Sidenote: out of these productive conversations came the seeds for a grand alignment and holistic framework for Communities >> Guilds >> DAOs

We will be working with magicpowered.io on an actual Guilds+DAOs portal that will bring everything together (DAOs, channels, bounties, Guilds, …)

Will definitely invite them to our Discord or forum for an open brainstorming session with our guilds/community members! 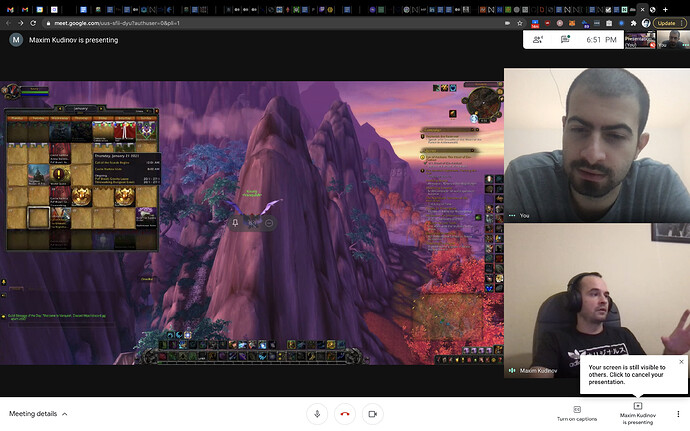 Great post. I was looking for more posts like this as I am newer to the forums. I made one recently Scalability of a Society to Realize the NEAR Creator Economy Vision

If the the system was designed for a specific purpose and operates out of technical protocol then it’s a DAO. Protocols can’t deviate as they are logic based system. Elements within the system may fail which is where a DAO gets the “bug” patched through updating the code or changing the protocol and keeps going. A DAO is protocol first system.

This difference is important because in a DAO the limitations are technical limitations. In a Guild/DS its sociological limitations. We spend a ton of time and money looking at technical fixes but I don’t see the same investment into understanding how people operate within the decentralized space.

Thanks @blaze for this question.

I have been confused whether I should create a Guild or a DAO.