I am sharing with you my third public work report for the December 15 (included) to January 15 (excluded) period. Most of my job consists of project management for Tenk Bay and Community Management for NEAR NFT CLUB and NEAR Growth Guild.

During this period, my main tasks concerned my role as Project Manager for Tenk Bay which consists of both onboarding NFTs projects in the incubator but also attracting new ones to the server for a medium/long term objective of concept sustainability. I am also community Manager for Near NFT Club (NNC) and the Growth Guild.

Before I get into the nitty gritty, it is important to mention that each month I normally try to focus on one of the discords in particular, while keeping the others in good shape. Last month was so intense, I had to focus mainly on Tenk Bay and then on NNC. I’ve also been trying to use Growth Guild in trying to meet the expectations of the community.

Now, following the development of the 3 communities:

Near’s attractiveness has been steadily increasing in recent weeks.
In a quantitative way, this could be symbolized by the significant rise of the Near token in spite of a bearish market but it would be reductive to stop at that.

Indeed, in the context of Tenk Bay, it is the evolution and growing exposure of Near’s NFT ecosystem. This can be seen through the increase of the sales volume and number of transactions for the already launched collections (https://stats.paras.id/) but also through the consequent number of projects that have joined our server and have told us about their search for assistance to launch a collection.

There are more than 19 projects in discussion with us. It is interesting to note that several of them are implemented by teams coming from Solana and who wish to develop the multi-blockchain character of their project. This is very relevant because it means that they also come with their community which is not necessarily familiar with NEAR Protocol and will become so through this collection.

So this is a great opportunity for Near to expand its community.

Summary of the main tasks:

It is expected to be very busy in the next few months due to the number of very large projects that want to launch an NFT collection from Near. This may cause us to hire additional manpower to ease the strain. The shape of the Tenk Bay project may also change.

As an indication, the server currently has 286 users which is 2.3 times more members than last month. Most of them being creators.

The NNC discord server seems to be gaining traction. Indeed, the number of users has greatly increased in the last month, which has resulted in the recruitment of new moderators and development of shared content.

In order to achieve a better balance between positive content and not too much spam, several choices have been made:

The goal is always to reach 1000 members as soon as possible in order to unlock the last stage of Discord partnership and unlock the discovery feature for the server. If we continue with the current growth, we should be able to reach this number by next month’s report.

As an indication, the server now has 825 members, which is 3.75 times more than last month!

Due to the lack of response from Ross and TheGuy123, I decided to manage the server in my own way. As soon as projects join the server looking for help, I try to redirect them to the right people. The advantage is that most of them come with a Near foundation grant and are looking for help with an NFT project. In this case, it is easy for me to redirect them to Tenk Bay.

Final word: I will focus more and more of my efforts on recruiting new projects for Tenk Bay and developing the ones we will launch in terms of marketing and community management.

Thank you for all of the help as TENK is hit with exponential demand! Appreciate the detailed write up too

Thank you for your contribution and continuous support. The report is amazing.
Your previous report has helped us in the previous month also to identify what needs to be corrected and where we need to focus more.
1000 will be coming soon.

Dear @Dgetsylver , my deep appreciation to your support to TenKDAO and execution on each project! You have great skill set, master in communication. Building strong relationship with partners are another strength. TenK is lucky to have you

Let’s continue our effort on onboarding New Users and grow NEAR NFT Community Faster and stronger!

Thanks @naveen_in I hope to bring you even more useful insights in the future!

Thank you @iotachan for your message!
This is a really incredible time with the development of the NEAR NFT ecosystem and I feel like we’re going to be able to accomplish a lot. 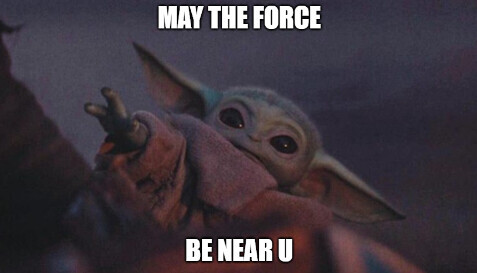 This is an amazing report and awesome work you guys have done!

Will https://app.tongdao.art/ and http://mountainsea.art/ translate their page to English too?

http://mountainsea.art/ had a smooth launched on Jan. 22nd and hit a hype, the twitter engagement and activities are up to beat!! The website is in English, TenK has pushed marketing in both EN&CN region.

TenK has seen top artist and project team coming to NEAR launching NFT project, from different region also from other public chain.

NEAR NFT is up to speed and Roaring.

NFT Asia projects do face changelings exploring U.S market, they equip with great art and best dev, but community building and social media set-up is often what project team are lack of.

app.tongdao.art has large audience (6M) in Mainland China; Tongdao team decide to focused the energy on Chinese market first, however the English site is in plan

Awesome, thank you for the update and clarify some of my points.