Objective:
The goal of this project was to support a performance by the members of the Nômade Label DAO and Filmes de Infiltração DAO in a film by the octogenarian filmmaker Helena Ignez.
This sponsorship enabled us to rent the space and pay the artists, as well as to make the performance scene in the film possible. This is a very low-budget film of great importance for national cinema, which is why all the support is necessary to make it happen as well as brilliantly as possible.

About the event
Last June 15th we made this amazing meeting between performance, cinema and meta-verse. 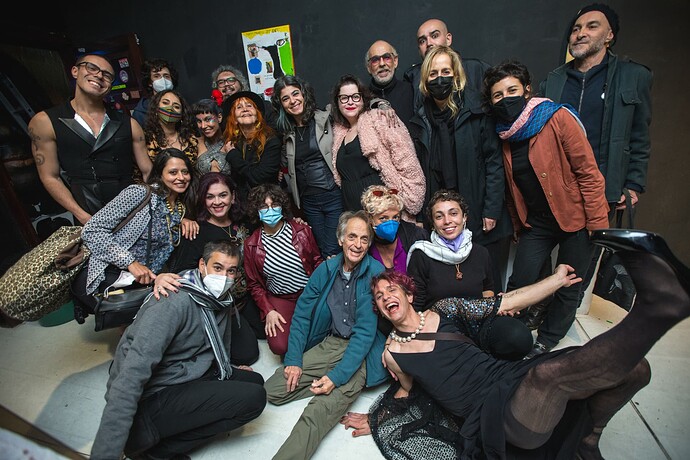 Unfortunately, we had to make a budget modification, as the space cost us a high amount of money and more people came to participate as EXTRA in the work than expected. In any case, the people are very important to us and we intend to pay them well next time.

The performers @thaisampr and @bluadiscordia did a great job and were supported by the production assistance of @ritamaria, make up of @primontania and the amazing photos by @dazo. They earned a little bit more, for their function on the project.

In order for everyone to receive a minimum, we split it equally among all the participants.

Some photos and sequences from the performance will be minted as NFTs, as part of the proposal also teasing our community to watch the film when it is ready.

We would like to thank all the participants, as well as
Barbara Vida as Sheyla Fernanda in the scene
and all the crew of this film <3

thank you very much for the opportunity of being part of it. Looking forward to see the full movie, and also to make new partnerships with you