[QUESTION] Council Payouts for Verticals - standardize or not?

One question the community should address is the Council Payouts for the various DAO Verticals in the ecosystem.

Moving forward, should they be standardized, or should each Vertical DAO manage it’s own internal rewards?

From the moment DAO Verticals exist as a kind of Curator System for proposals, but the funds are given directly from NF, should invoices from Council Members be standardized?

Right now, there is a big discrepancy between Creatives DAO and Marketing DAO, for example.

Creatives DAO rewards it’s Council Members with 1000$, and will decrease that value to 600$ from February on, because the number of council members will increase.

Marketing DAO has been working with a rate of 400N and is decreasing that number to 250N, from January on.

That is a difference of several hundred %.

If differences are supposed to exist, for example because of the amount of $ that is managed, should there be tiers for the rewards, or any other system?

There is also the question of demanding the community to ask in $, but allowing DAO Vertical council members to ask in N, which might create some discomfort in the community.

Would love to hear the community on this, so we better organize, moving forward. As member of the Creatives DAO council, currently in the process of onboarding 5 more council members, imo this issue should be addressed so that it’s clear for all those involved and the community at large.

Would love to hear the community on this, so we better organize, moving forward. As member of the Creatives DAO council, currently in the process of onboarding 5 more council members, imo this issue should be addressed so that it’s clear for all those involved and the community at large.

Yes, agree with you. During working with new Marketing DAO guide, I have found significant difference between Creatives DAO councils rewards $500-$1000 and Marketing DAO (~ $4000 since January)

I propose increase rewards for Creatives DAO councils to $4000 since January 2022.

I think the notion behind the lack of standardisation falls to the fact that the DAOs and verticals are, for the most part, independent.

This prepares each of them for the future of NEAR, one where there is no NEAR Foundation or centralised entity offering any guidance in this regard.

However, would love to the community’s views on this!

yup, agree that is the road forward.
I raise only a couple of points:

Not demanding answers, just curious about what the community feels should be the guiding foundations of Verticals.

I’m OK with total independence (even if illusory, because funds are still coming from NF), just trying to get a feel for what others think, in order to inform the Creatives DAO council decisions about council payouts.

If NF is, at least for the next few months, the source of tokens for the Verticals (I am assuming neither Vertical has it’s own source of revenue), will there be rules for accessing these tokens?

There are limits to funding, though they are not written publicly atm AFAIK. Maybe this should change.

I guess this really depends since the position of Councilors in verticals is not limited to distributing funds.

I guess this really depends since the position of Councilors in verticals is not limited to distributing funds.

Ok! Thanks for your input

The Creatives DAO council will discuss how to move forward.

Overall, the balance that we have to strike is one of attracting and retaining the best, while deterring people from wanting to join a DAO just for the money. DAOs a a fundamental part of the ecosystem, they are increasingly imbued with more power and funds, and we gotta ensure they are able to scale in a sustainable way.

Thank you all for your input, a lot to think about!

Hello Hello ! @jlwaugh thanks for sharing this relevant discussion, I did not wanted to intervine before, but now that I am a moderator from @creativesdao-mods I believe I can speak up and add my contribution to this thread.

Crystal Clear: Yes, should be standardize.

Rewards should be directly related to the contribution, the creation of value, and the effort expended.

So the proceedure could be as follows:

This will be a point system that will meassure the creation of value and the effort expended.

Additionally, it is good to keep some experience on the team and also to rotate and give opportunities to new members. That is why we should come up with an evaluation process where we can add the feedback from the community members related to that vertical/DAO.

Third party Team/Guild follows up the process and also is able to ask Councils/Moderators to step down and allow new members to take the role. It is very important that new moderators/councils are recognized members of the community not new advisors from outside or nearcomers.

I have received some complaints from members about councils that are not active and take too long to approve/reject DAO proposals, even before the post was approved on the forum discussion. So, the Third Party Guild/Team will be key, as any direct move (claim) from members against current councils could be negative for them as there is not a clear proceedure to remove councils.

Hey ! We are doing experiments, we are growing, so it is natural to go step by step.

And yep, incentives are always key to achieve efficiency, that is why communism hasn’t worked out. 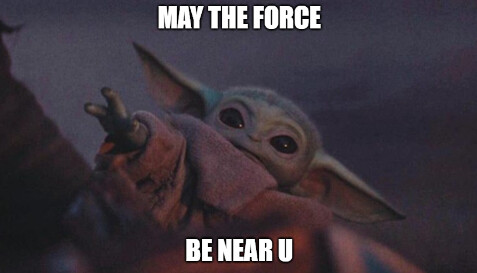 Thanks for sharing your perspective!

Perhaps the most important question is how much, and of course, it depends. I’d support a very open system that encourages DAO contributors to request amounts that seem fair. This may include council efforts, e.g. onboarding, reviewing payouts and other proposals, giving feedback, voting, and reporting.

Additionally, it is good to keep some experience on the team and also to rotate and give opportunities to new members. That is why we should come up with an evaluation process where we can add the feedback from the community members related to that vertical/DAO.

I wonder if there is a more recent version of the Brutus project? We could try it out! The open Community group is a pool of 100+ potential council members, and our stakeholders can see who is actively voting and how. Might even imagine a future DAObot automatically proposing council rearrangements on a quarterly basis?

Hello all! In response to this open call [Open Call] Challenge Partners for MetaBUIDL (Aug27-Sep11) Incubadora DAO has submitted a challenge for the community to engage with some of the ideas we have been messing around with. Our challenge and others can be seen here: Airtable - Live Gallery The document: brutus.pdf (58.1 KB) August and September will be very busy and interesting months!! Lot’s of great ideas flowing around