Virtual exhibition from 17 to 31 May 2022 with artists from the Gambiarra store.

Our goal is to celebrate the date with an exhibition by the Gambiarra store, which today has 181 artists and more than 800 published works. World Internet Day is celebrated on May 17th and aims to remember achievements in the sector and help promote digital inclusion.

Holding events and exhibitions is an incentive for our artists to continue producing and publishing their works on the Mintbase-NEAR platform. The group formed by the Gambiarra store believes that it is specific actions like this that generate the growth of the network, showing the strength of the collective in the Mintbase-NEAR network.

On May 17, 1865, twenty countries met to discuss the growth of the telegraph, a system that transmitted messages over long distances quickly and reliably. The meeting sought establish agreements to expand networks and form an international connection. Therefore, on that date, the International Telecommunications Union (ITU), a specialized agency of the UN, was created.

Over the years and technological revolutions, World Telecommunications Day came to be accompanied by World Information Society Day. The ITU began to collaborate not only with the improvement of telecommunications infrastructure and the growth of accessibility, but also with a connected and informed world.

However, the way we transmit information has not stopped evolving and, in 2006, at an assembly in Madrid, Spain, the UN also established, on the same date, World Internet Day, with the aim of promoting digital inclusion.

The members of the Gambiarra store have been carrying out actions such as the World Art Day, the tribute to the 100th anniversary of the 1922 Week, as well as celebrations such as the Day of Indigenous Peoples and Women’s Day with the FEMINU Exhibition and 4 Women Exhibition are some examples. of the engagement generated by the collective.

The Action: A call will be held throughout the community with the dissemination of a form for registration at the event. As there are more than 100 members in the community, a selection of 30 participating artists will be made who will exhibit 30 works of art inspired by the theme. At first the works will be organized at 3XR Space, but we hope to occupy one of the rooms in the new Gambiarra DAO building at Cryptovoxels, where we can hold an exhibition with all the works together.

World Internet Day Exhibition becomes NFT: The gathering of all visual works will become an NFT, to compose this final work a JPEG file will be produced.

The pre-event has been organized since March 2022, holding meetings and conversations between those involved.

From May 4, 2022, graphic materials and texts will be produced for the following week to be released.

From May 9th to 12th, texts will be organized, poster and all disclosure will be carried out, in addition to invitations in the Telegram, Whatsapp and Discord groups of the network of artists interested and active in NFT. All this content will also be available for dissemination on the social networks of Gambiarra DAO and the proponents.

The World Internet Day Exhibition will be available virtually on May 17th.

USD 250 in NEAR to be paid to cleusaraven.near

Accountability when completing the project

USD 250 in NEAR to be paid to macieira.near

Accountability when completing the project 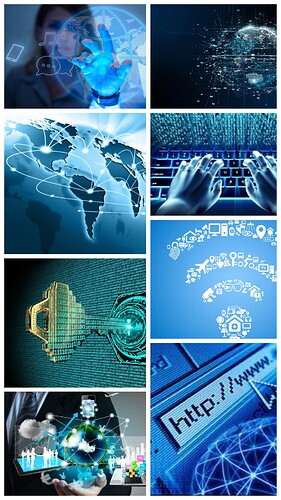 @cleusaraven , good afternoon, I am stopping by to share the event flyer and say that I am very happy to be able to help with one of Metatronic’s DJs this month to do the opening of this Exhibition.
We will do our best! 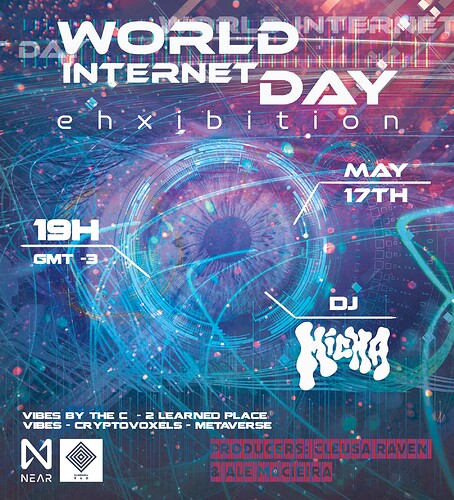