[PROPOSAL] Near Runner - first hybrid-casual mobile game on NEAR

Introduction
Near Runner game is a fast, exciting, and competitive game with easy-to-grasp mechanics. Near Runner is a free play-to-earn game. The game gives players full control over their assets and earnings.

Near Runner is fun, thrilling, adorable, and simple to run, but that doesn’t mean it’s a low-stakes game. Despite the mobile runner, it’s a battle royale. Near Runner is a multiplayer game in which players should pass many obstacles and push each other over the run, especially to overtake another player. The first player who crosses the finish line is the winner!

The game stands out with its obstacles and rivalry on the track, and earworm soundtrack ensuring the player will be coming back for more. Near Runner will become one of the most approachable and welcoming battle royale games.

Our audience
Arcade is definitely one of the most popular categories on the game market. By being aware that this is a mass-market category we know that almost every person from 13 to 65, both male and female, is a potential user.

The gaming market constantly demands new stories and new gameplay. The entire audience of the mobile gaming market will gladly check on the new franchise with new-fashioned and unique graphics and massively multiplayer online game that lacks in alternative games.

Our advantages
Just like Kiloo fixed the mistakes of its predecessor Imangi, Near Runner will fix the mistakes of the Subway Surfers game and other runner analogs, adding competitive spirit and other features to bring in a more mature category of players (18-36 years).

Our mission
Near Runner game’s goal is to set a new standard for Web3.0 games, create a fun and immersive experience using all value of blockchain technology, and guarantee players’ full ownership of assets that was expected from traditional games.

Bringing more people to Web3
Our goal is to be the most successful game in the GameFi sector, with the largest audience involved from web2 to web3 games. We target to attract users from the traditional game market through free-to-play models with stepwise onboarding into Web3.0 features.

Product advantages
Here are the top reasons why hybrid-casual games are one of the hottest trends in the billion-dollar mobile game industry:

Product viability
Near Runner is a game that compares in playability to Web2.0 games and has tremendous potential to attract a multi-million audience to Web3.0. We create a game that is in demand in the market and will be sustainable for many years.

Goals with NEAR
Accessibility is one of our key primary points, we want Near Runner to be available for everyone, and with the speed and low transaction costs of the NEAR blockchain, it only made sense for us to build here.

We have ambitions of attracting a broader player base to the NEAR ecosystem. Our primary focus is to build the game for ordinary players by stepwise accustoming players to the Web3.0 features; thus, without the NEAR wallet connected, players cannot enter tournaments, get some rare skins, Web3.0 badge, or play in new setting maps (subject to update and change). With all these small things, we can be sure we will be able to reach lots of non-crypto gamers and introduce them to the world of crypto and NEAR Protocol.

The Near Runner economy operates on NEAR Protocol. Fungible tokens and our NFTs all operate on NEAR. Furthermore, our NFTs liquidity partly will be backed up with NEAR.

The first NFT sale will be on NEAR. Following NFT sales will be partly on NEAR. (It will attract new users who do not want to pay high commissions on Ethereum and those who want to use NFT.)

The NEAR network would be part of all of our promotional efforts and marketing campaigns and would have a prominent place in the game. 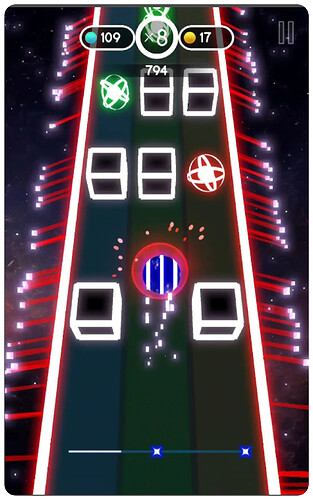 Our task is to finalize a new game design (we have already done and shown the first concept), improve the gameplay by adding new features and most essentially integrate blockchain technology and bring it to the mass market.

Based on experience, we can say the success of arcade games depends on making a pleasant user interface, a simplified and interactive gaming process, and the most necessary is regular updates. These all will result in user stickiness that indicates high interest and addiction to the game and makes users play more frequently. 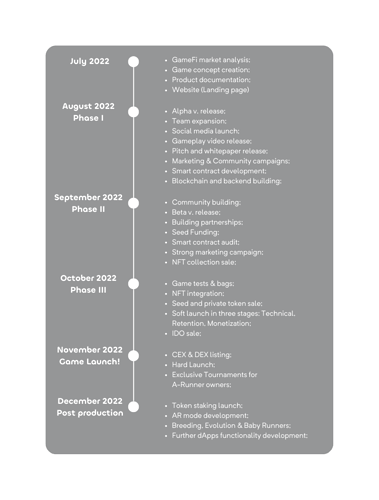 Please familiarize yourself with a more informative presentation.

The costs
We asking for a grant for further game development. Funds will be allocated to the finalization of core game design, multiplayer mode development, and blockchain integration development. Grant will also focus our efforts on marketing to grow the community.

With the funds received, we will lunch the game on the NEAR blockchain sooner, create the first NFT collection, and perform the legal setup. That will effectively help us to gain traction and attract v.c. investors.

wanted to offer you a walk through the mintbase toolkit for you to create. your own marketplace for in game usage!

Hi. Sure, that will be great.