Hello NEARverse.
We are presenting our new proposal to The Clan DAO. The FIRE NPCs project.

NPCs series is a project from @duOCELOT and it stands for NEAR Protocol Collectibles. The DAO create together with the artist a collection of NFTs, thats synced with their values and visuals idea. Then they set a team, to build it.
At each sale of the NFT, the DAO will bound their own tokens with the sale. For example, for each 1N the buyer will receive 1 DAO token. This could be arranged from different proportions, or ways, depends on the finance strategy of the token.

To the Clan, we will create the FIRE NPCs, bonding the FIRERUNE to the collectibles. 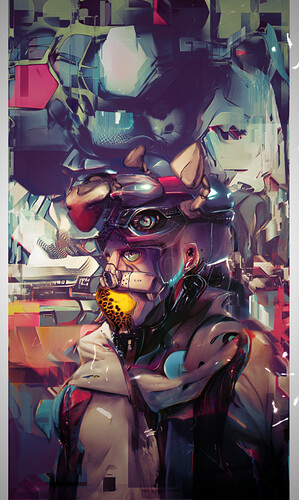 This is the first creation, a version of the duOCELOT persona, founder of the Guild. As the next ones, we will develop all the characters from the community as NPCs.

It will be minted at the PARAS market place, was we could create a system to work directly with the DAO, with smartcontracts ( this we will learn, thanks @chloe for the wisdow )

1 Like
[PROPOSAL] You in The Clan by Yourself Project