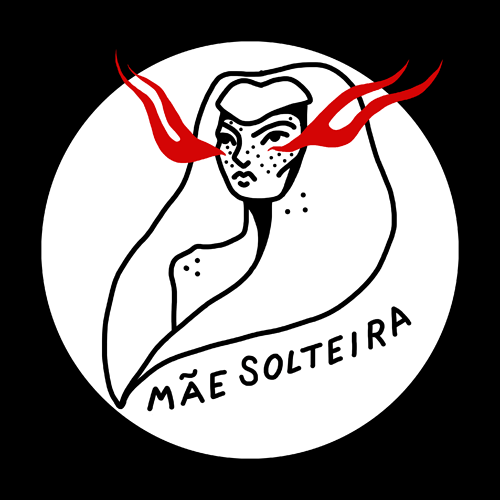 Mãe Solteira Records (@maesolteirarecs.near) is an independent music label that emerged from the express desire to establish a space dedicated to the production, agency, promotion and, above all, the empowerment of female, trans, black, queer and allied artists.

Our main purpose is to be able to represent various artistic crafts and their creators, focusing on the community that repeatedly sees the creation of its own name or means of dissemination that result in the same level of repercussion as more privileged groups, denied or hindered.

Its message is also a loud cry in breaking stigma, to fight against the lack of information and continued gender identity social standard. For this and other reasons, we want our artists to feel represented and honored in their work.

Our journey started at march eighth of 2021, on the International Women’s Day, in homage to every women, specially the ones that are single mothers (Mãe Solteira means single mother in portuguese). We have released Astrea’s EP on that day, “Saudade Não Se Sente, Evita-se”, a compilation of instrumentals made with samples of lusophone popular records.

Until this moment, we also produced a party, SEVERA, where we celebrated official release of our label and the birth of one of the most iconic Fado singers, Maria Severa. We gave the name SEVERA in honor to Maria Severa and we seek to create a libertine and voluptuous environment, where space is opened to female, black and queer and allied artists, both from the music industry and from other industries.

The first Severa featured vegan food, vjing, live-acts, tarot readings, and a performance. The line-up was composed by LATINA TURNER (a female DJ and visual artist), ASTREA (AFAB non-binary DJ and producer), VEIA (a male DJ and VJ), NDR0N (a queer techno producer and DJ), SPUTNIK (VJ and visual AFAB non-binary artist) and TAXSH (AFAB non-binary DJ). IMPERATRISHA (a Drag Queen) was also in the party doing Tarot Readings. The perfomance “O Jeito que o corpo dá” by Luan Okun and Joniricos, had a space during SEVERA for its dress rehearsal, it’s a play about post-colonialism that fights every white supremacies’ stigmas.

We started our radio show at Radio Ophelia in September, with Marianne as guest. Marianne were our latest reinforcement. They’re a musician and are going to release a single on our label soon, music and music video. They’re also giving live shows with their producer António Pênaguião, a luso-brazilian self-taught artist. This radio show will be broadcast monthly.
Marianne had more two live shows, one at Valsa and the other one at Desvio, a bar and an art gallery in Lisbon, with Mãe Solteira Records’ production.

Our team is composed by a eclectic entourage that I will name next:

Kássia Laureano (laureana.near), communicator, writer, producer and performer born in Lisbon and raised in the north of Portugal.

In addition to the Actors Training Course proposed by Oficinas Teatro Lisboa, she is also graduated by IPCI é Instituto de Produção Cultural e Imagem, in Cultural Communication and Cultural Planning and Management.

Currently, she is developing projects in the field of writing and acting, specifically chronicles, production of independent shows and a label Mãe Solteira Records, responsible for the brand’s Communication.

Hugo Lopez (hugolopez.near), cultural, events and audiovisual producer. Born in São Paulo and residing in Lisbon for 5 years. He has 2 years of experience working at TorkeCC Agency (Lisbon) as a receptionist, and is currently involved in two projects focused on music, these being Bathstage Music and Mãe Solteira Records, both in the production area.

Sofia Seixo Garrucho (astrea.near) was born and raised in the central north of Portugal until they were seventeen. They are a dj, producer living in lisbon since 2015, and are currently completing the Sound Design For New Media Production course at ETIC - Escola de Tecnologias Inovação e Criação, in Lisbon. They also studied Lusophone Studies at the Faculty of Social and Humanities Scienses, at New School of Lisbon.

They also write for music labels and some platforms and magazines about music, culture and society. They’re the host of a slot at Rádio Quântica, a community online radio based in Lisbon. They’ve a preference for queer and sexual and gender liberation projects.
Their role at Mãe Solteira Records is to managing, to booking artists and, of course, to publish and show their art.

SPUTNIK (sputs.near) are a AFAB non-binary multidisciplinary artist brokered by Mãe Solteira Records. They aim to decode the relationship between the universe and the earth, exploring the limits of our consciousness in an anthropological study of representation by association. They’re also the co-founder of Post-Carbon Collective.
An all-seeing satellite, floating and crashing/falling at the same time. An artistic perception, through the lens of the real world, to be photographed through the gaps of space, and transmitted back to you.

Ndr0n (ndr0n.near) is an audio-visual project brokered by Mãe Solteira Records and designed by Afonso Proenca, from Lisbon, Portugal.
The aesthetic emerges from the mechanical routines present in modern society, alluding to a dark reality where meaning is fabricated and behaviour is scripted.
Ndr0n is a portrait of the synthetic emotion experienced in urban living. Defined by concepts such as transhumanism and technological singularity, the artist attempts to sonify the personification of self-conscious machines. Paico-founder of Post-Carbon Collective.

MARIANNE (marianne.near), are a non-binary luso-swiss multidisciplinary artist. Music has always been present in their personal life and its intermediation is what allows them to position themselves and occupy space. Their creative process is based on collectivity, side by side with António Pênaguiao. They seek to elevate all the art forms in which they participate. A creative force with identity and expression, Marianne represents an artist who stands alongside sound, exploring sound beyond academic conventions. They’re brokered by Mãe Solteira Records.

Beatriz Nieves (mianieves.near), producer in the music and fashion industry, from Porto but currently based in Lisbon.
Graduated in Fashion Design, but was always related to music somehow. Worked at Hardclub (Porto) as a producer of events like Therapy Sessions (Yellow Stripe) and became responsible for the label’s main production at big events in the northside.
Starter to organize small shows as well, around Peninsula Iberica areas, creating Invict’OI! festival. Worked with Luís Salgado (music producer/programmer based in Porto) as a personal assistant, developing the annual program of Maus Hábitos - Cultural Intervention Space.
Developed a tour for the beer brand Super Bock (Super Bock Super Nova), which successfully led to the big stages, curating/producing in festivals,involving the stamp Super Bock.

Introduced the concept of the DragTaste experience to the portuguese market through content creation, PR and production itself and taking the project to national TV (“5 para a meia noite” - RTP). Co-founder of the projects GENESIS, a collective of creatives focused on the most varied musical aspects and on its communication, having the focus on new creators; SORO Collective, a platform focused on the creative work of women and the LGBTQIA+ community; and now at MÃE SOLTEIRA RECORDS, works mostly with event production and curatorship.

TAXSH (taxsh.near) a search for self-knowledge, in an intense and unpredictable process. Still in a cocoon phase, they externalize the exploration through a fusion of elements that build the discovery.
In search of all sensations, as a DJ, they uses music with intensity marked by influences from hard techno, electronics, trance and hardcore, giving sound to a genuine sharing of construction and deconstruction that unite pieces of a Metamorphosis. They’re brokered by Mãe Solteira Records.

With the NEAR Ecosystem and the Lisbon City Node help, we pretend to have intellectual and financial backing for our future plans:

We will soon start to make proposals, giving bounties for ideas and collaborations with other artist from outer labels and collectives, but we don’t want to do spoils, we prefer to show the work done! Thank you for reading our ideas and stay tuned

Mãe Solteira in the house! Or forum per say, in this case.

Always cool to read more stuff about you. Welcome!