Wonderful proposal, and creative use of NEAR, but:

Although we appreciate the enthusiasm, the only posts from yourself on the forum, with the exception of one, have been made in an effort to receive NEAR.

Now, there’s nothing inherently wrong with this, people are, and should be, rewarded for their work. However, it does raise some red flags when Councils review proposals.

In this regard, I won’t be able to support this proposal.

Thank you for your prompt response.

don’t think this sufficiently fits the scope of marketing

I would appreciate it if you would tell me what the scope of marketing (and the MarketingDAO) is.

Similar to your previous funding request for the expansion of your restaurant, this seems like NEAR is being forced into something that was going to occur already in an effort to gather funding for personal business goals.

How many times will I get to say it that this project is a one-off initiative? I do not own a gift store. I did not plan to own one. I merely thought it would be a great opportunity to get more people aboard Near.

Now, there’s nothing inherently wrong with this, people are, and should be, rewarded for their work. However, it does raise some red flags when Councils review proposals.

Thank you for your time.

I would appreciate it if you would tell me what the scope of marketing (and the MarketingDAO) is.

The Marketing DAO funds community-led marketing initiatives in the NEAR ecosystem. To that point, it enables projects, guilds, and individuals who are actively involved in the NEAR Community to achieve their marketing goals.

I do not believe this fits the scope because, essentially, it is the subsidising (and, by the looks of it, the actual purchase?!) of items for a store, whoever’s it might be, in an effort to turn over revenue.

How many times will I get to say it that this project is a one-off initiative? I do not own a gift store. I did not plan to own one. I merely thought it would be a great opportunity to get more people aboard Near.

Perhaps I’ve misunderstood, but someone (and someone’s business) is essentially applying to be subsidised here and has done so by forcing NEAR into it.

This does not constitute responsible distribution of NEAR, in my opinion.

the only posts from yourself on the forum, with the exception of one, have been made in an effort to receive NEAR.

Not so, @David_NEAR. I have made several non-funding related posts on this forum. As soon as I got into the forum, I looked everywhere for things I could do and how I could make myself useful. I retweeted a post not for the reward (the limit for those to be rewarded had already been exceeded - I did anyway). I participated in a survey too.

True, I have businesses that could use funding, but I continue to develop initiatives that can be mutually beneficial.

Not so, @David_NEAR. I have made several non-funding related posts on this forum.

This is the only forum post you have made which isn’t, in some way, related to receiving funding:

I’m not trying to downplay your efforts, I’m sure you’re involved with the NEAR ecosystem as far as you’ve mentioned. However, I don’t think that those activities suffice when the Council (and community!) consider proposals on the scale of $5,000 (and almost $70,000 for your first).

I made this post on a Weekly report I read.

@Dacha you are so hard working. Keep the good work. Well done!

My bad, that’s two posts. Two forum replies and the funding requested throughout your threads has exceeded $75,000.

Although the rooting on of NEAR community members is welcome, I don’t think the forum activity has much weight.

75k is a lot of money. I was being stupendously optimistic, I admit. And also unsure of the scope of funding available. But most importantly, I was convinced of the mutual benefit to Near that the projects held.

There is not a lot to do here since I came. And there are even fewer places to be active and get busy.

This looks a lot too much like a man’s world. And I’m a woman. I like to get things done.

By the way, you should have guided proposal, by telling me how much funding I could have instead of my 75,000😁

By the way, you should have guided proposal, by telling me how much funding I could have instead of my 75,000😁

[Proposal] Starting a Flow Near Treats and Drinks

There is not a lot to do here since I came. And there are even fewer places to be active and get busy.

This certainly isn’t the case, we have a rapidly growing ecosystem of Guilds that facilitate work through Discord channels and Telegram (and beyond!). There are tonnes to do.

If you’re looking to kick off your journey in the NEAR ecosystem (and you’ll earn rewards, too!) then check out the Open Web Sandbox: 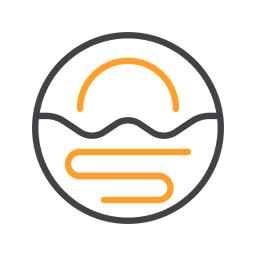 Check out the Open Web Sandbox community on Discord - hang out with 4,029 other members and enjoy free voice and text chat.

I’m sure, once you join, if you choose to do so, you’ll see the flourishing NEAR ecosystem and discover that there is a lot to do

Thanks for the time in writing this proposal.

When assessing proposals, I am immediately sceptical of those where the benefits that the proposer stand to gain from the proposal, even if it fails, are far greater than what the community stands to receive in value.

Furthermore, I am also sceptical of proposals that not related in any meaningful way to NEAR, blockchain or technology. Simply adding the NEAR logo doesn’t automatically means it falls within out scope.

In terms of Marketing we are willing and interested in funding are novel ideas that help us explain the the potential of NEAR - spark people’s imagination and invite them to join as active contributor. People who will not only get a wallet and use it once to purchase something, but people that, once ‘activated’ will move on to use other applications on NEAR, join a global community of contributors (guilds) and ideally go through the NEAR education channels and become developers, builders, and local agents for change.

I will be voting against this proposal.

Good afternoon everyone, comments here are educating and very experienced.
I am very happy to have read through
Thanks @FabDab , and so much thanks @David_NEAR You have shown guidance

I was going to let this slide before, I could have said I tried to help after all Near Protocol is not my business. I heard about Near and I saw all the awesome work Near is doing. And I was impressed and I thought to myself, why has Near not grown beyond this level. So I watched and made some predictions. And the Christmas period proved me right. People have not been buying Near with their money. Near sponsor projects and give airdrops to people who open accounts. But in actual sense people have not been well motivated to buy Near with their money. If you can come up with projects that will give people reasons to fund their Near wallets from their personal purse, then Near will grow. That was why I first came up with my ‘Flow Near proposal’. When I realized that the budget was too much for the MarketingDAO, I came up with 2 other proposals within the scope of their budget. I was intentional in chosing $3500 to buy goods. Since my aim was to get people to buy Near, I checked and discovered that the minimum amount of near one can buy is $30.so I have to have packages that will encourage people to buy $30, a 40% discount is a mouth watering offer that can make people pay the cost… If you divide $3500 by $30, there will be approximately 117 goods… Imagine what would have happened to the falling value of Near if people bought about $3000 worth of Near from different locations. Did you notice that I was careful not to include giving them airdrops to activate opening their accounts in this proposal. I wanted them to buy Near.
You accused me of just being after Near​:rofl:

The reasons why this proposal has been declined have been outlined by MarketingDAO Council members above.

Objectively, this is not an appropriate submission for the MarketingDAO. Comparing what NEAR Foundation does in regards to user onboarding isn’t too relevant IMO.

If the remaining @marketingdao-council disagree, they’re more than welcome to re-open the discussion. However, I believe we’re in consensus.

I’m not saying it should be approved. I’m only saying it’s unfair that you have reduced my motives to just seeking Near.

If you look at your forum activity, and the lack of activity in the wider NEAR community (unless shown otherwise), you can see how this might raise a red flag when Council Members and the wider community are reviewing proposals of this nature.

Ultimately, Council Members must distribute NEAR in a responsible manner and that includes determining the extent to which a proposer has been involved in the wider NEAR ecosystem.

Otherwise, the Community Fund could be attacked by those who are here exclusively for funding (I’m not saying that’s the case for yourself, but the forum activity, or lack of, does raise a flag). Particularly important when we’re handling such high values as this.

Good morning! As I see you’re willing to do something great and valuable for Near Community! Let’s find a form which suitable for all councils? Thank You

You accused me of just being after Near​:rofl:

You’re getting personal here. For someone who is new to the forum, I wonder why you could go this deep.

I personally asked questions which you didn’t answer well too.