[BOUNTY] Create a piece of art for the Philosophical Thought Experiment 1: Laplace's Demon

We will give 100 usd in near or dai (according to the best convenience of the dao and in the conversion rate used for NEAR to pay the DAO), for the 4 best pieces of art. The pieces of art must not be minted, because they are going to be minted by us, with the due credits, in our Mintbase store and with royalties and revenue splitted equally between the artist and The Philosophers DAO. In case the piece of art is not an image or gif, it must come with a cover image. We accept as pieces of art: images, including memes, gifs, GAN, videos, poetry, 3d objects; and they should express in a very creative way the following thought experiment:

The laws of classical mechanics, as written down by people like Newton, Lagrange and others, gives us a framework to calculate the future motion of bodies or particles if we know the current position and speed of the particle. Laplace’s demon (although there isn’t really a demon!) takes this idea and confronts head-on the ideas of determinism and free will. Laplace stated that, if we believe classical mechanics, we can know the past and future positions and speeds of all atoms in the universe provided we know their positions and speeds at some point in time. In essence it means the universe is somehow clockwork and the state of the universe (and hence us) is pre-determined for all time. This is clearly a very profound statement, and one incompatible with quantum mechanics. Where does it leave personal choice?

“We may regard the present state of the universe as the effect of its past and the cause of its future. An intellect which at a certain moment would know all forces that set nature in motion, and all positions of all items of which nature is composed, if this intellect were also vast enough to submit these data to analysis, it would embrace in a single formula the movements of the greatest bodies of the universe and those of the tiniest atom; for such an intellect nothing would be uncertain and the future just like the past would be present before its eyes.”

We will close this bounty June 29th, 2022, when The Philosophers DAO is going to choose the 4 best pieces of art.

Thank you all for participating.
Let’s bring philosophy to the blockchain through art!

Hello @thephilosopher , I will like to take part in this.
How do I submit entries?

Thank you, @Purpledots, for the interest. <3 Sorry, I forgot to say that. You just need to submit the art here as comment. Let me edit the bounty to say that.

Hi, @MarcosPalhano. How are u doing?
Thank you so much for submitting your art.
But it seems the link is not working.
It takes us to a 404 error.

@MarcosPalhano’s submission to the contest.

I am submitting here for him, because he couldn’t do it, because of some error in the uploading process. 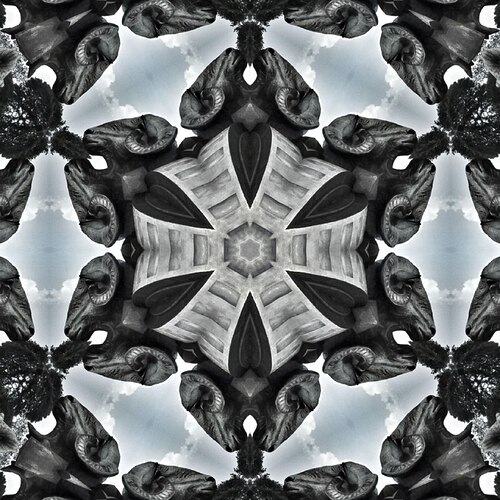 On a scale between watching a movie and playing a video game, maybe it’s more like a pinball machine. You have no say in what the ball does, but you can TILT the table or bash the sides to try NUDGE it in the right direction. The force of momentum makes more sense in my head, rather than determinism.

The timeless machine visualizes its NET in a spatial manner, like a library. 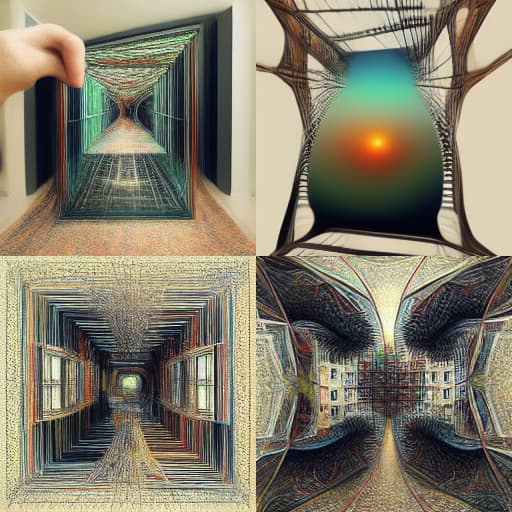 It’s a video, I couldn’t upload it here directly.

Hello there, i made this gif regarding laplace’s demon, which i think is considerably funny.

I hope i got the concept of the bounty right

Hi!
Thank you! By this bounty you inspire me to create this poem. English is not my first language but I hope you guys enjoy to read my art

Through my eyes flow the penetrating gaze of generations,
And consciousness fixes in memory the uniqueness of lived moments vibration,
Which The Mind so cause-systematically strives catch into a logic
The results are stored in experience, forming a personality and psychologic.
Does Laplase’s demon exist in this action of existences?
Why all this vain rustle in the chilling expanses of the universe’s potencies?
Maybe really The Mind can transforms, deeply see “times-space” by this lessons…
Or is it metamorphoses - self-knowledge of the imperishable essence?
Yehh, how many stages have passed so that unicellular could
Become an evolved highly developed corrosion of the Earth and make own World?!?
We are grew to “write” and “read”
Was put planet on the industrial grid,
Human in a psychological cage…
But we are in Meta Virtual Age.
Some people are lost: “where” there are going and “why”…
Breaking down in views, wants to shout from the inside and cry…
Everyone wants comfort, abundance and peace,
Also happiness, love, wellness, and bliss…
Here is Laplace’s demon as master of absolute view
Can be useful as well! How to take from him interview?!?

But we still don’t use to stay with him on touch!
So if need’s we will put on mental gap enjoyful patch.
I’m focuses on the beautiful creature…
Its can be cyber art or wonderful nature,
Flow with harmony with liveliness of feelings,
Will see a beauty in the rainy sky, minding simple meanings…
And thoughts will be dressed in the art.
I’ve understood Im whole and Im part.

I am the bearer of previous lives, I reap the routine by prose.
Soul-breaking weeds mower, replacing these weeds with a fragrant rose.
Numismatist of human faces, mostly of one Universe.
Only for the good existes a couple of clicks allows to enter my doors.
Objectively, I am an observer here - an indicator list of impressions.
Well, internally - the same seeker of the same goals in the chain of generations.

Where is Laplace’s demon there?
We will consciously stear… 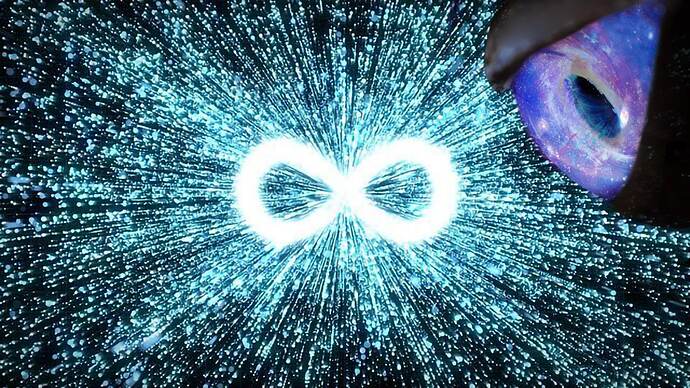 Thank you all, for your submissions. We are liking a lot!
Bring your friends too!

@MetaArtCluster, in case you are selected, as you presented a poem, you would need also to present a cover image, because it is a requirement to mint the NFT. Just for you to know.

@diegomac, in case you are selected, as you presented a video, you would need also to present a cover image (it could be a gif), because it is a requirement to mint the NFT. Just for you to know.

@MetaArtCluster, in case you are selected, as you presented a poem, you would need also to present a cover image, because it is a requirement to mint the NFT. Just for you to know.

Thank you for selecting me

Hey @thephilosopher , no problem! thanks for letting me know

The selection will happen at 29th, by The Philosophers DAO, buddy. 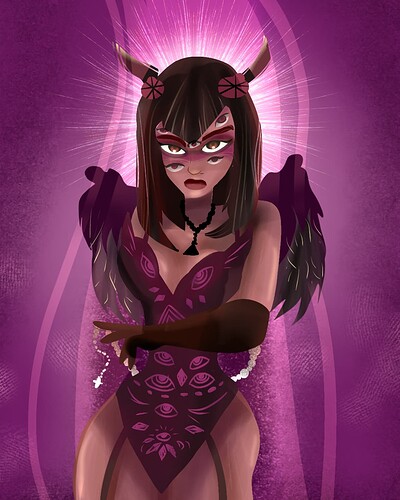 It can definitely identify with her intelligence it can beyond that even no one can explain it why she exist.

A queen that see’s the multiverse that meets the eye her power is ethernal that you can’t deny. 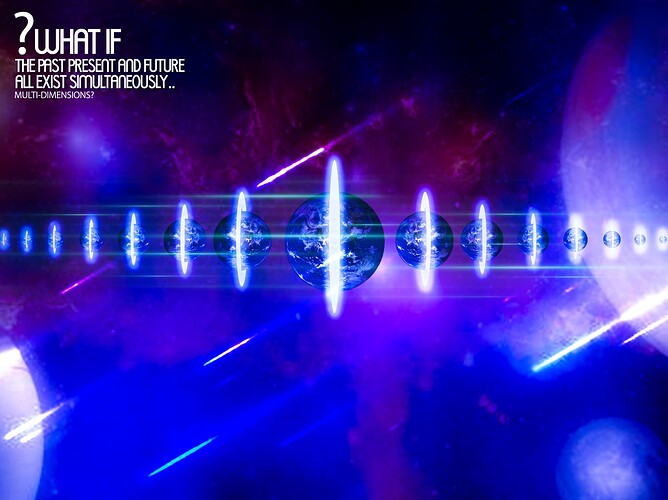 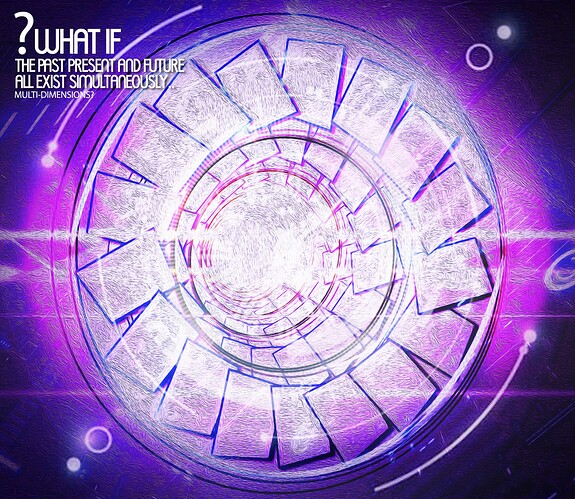 My art submission for the philosophical thought experiment.

This art is a piece of 16 lines of dark poetry 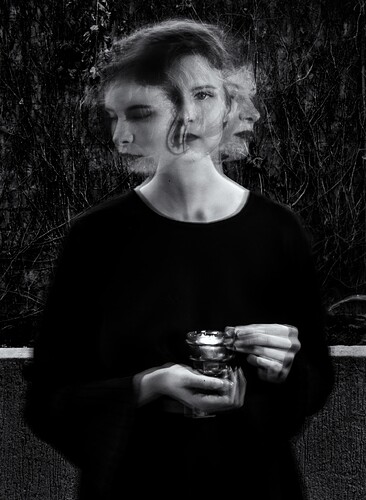 Hello! This is a submission by me (Igor Nascimento) and by Ana Clara Meneguzzi. Thanks!
If contact is need, you can @ me here or my e-mail: prof.igornascim@gmail.com 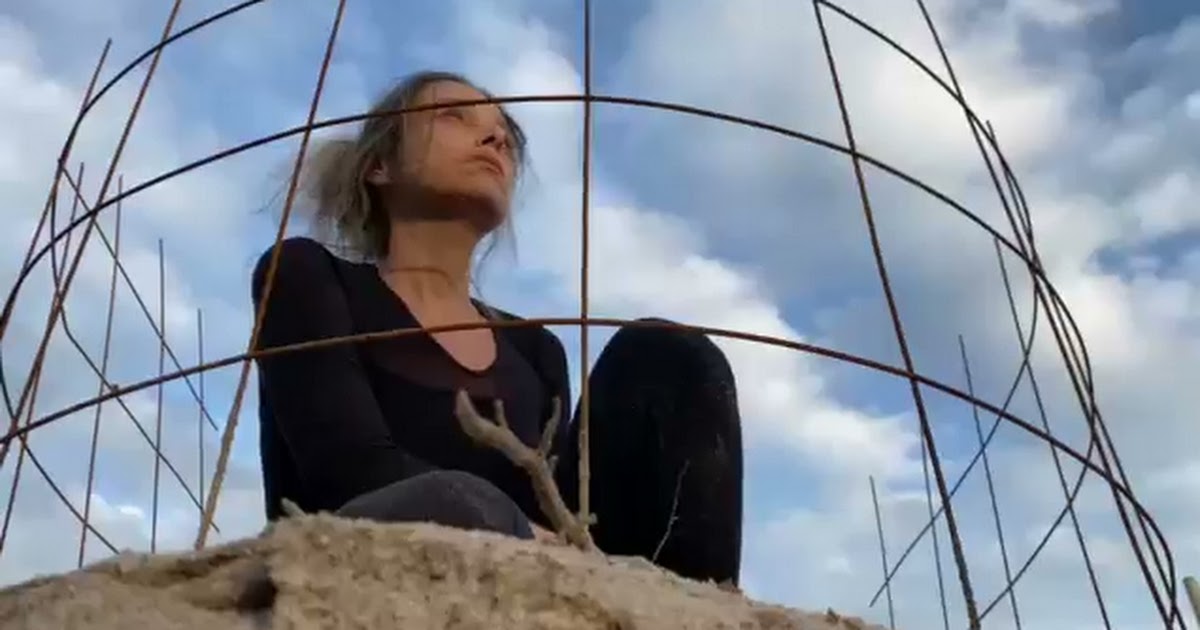