Project Accounting : Budget was used as requested in here and paid to my wallet via AstroDAO.

Because the onboarding started so late in November, we decided the proposal would only be for December. Information addressed in this post.

Metrics for the VR-DAO Social Media :

The metrics taken into consideration will be the last day’s of November, from 24th of Nov, when I was onboarded and got access to social media accounts, until the end of this month of December

Clear increase from the end of November, when I started, but it will be better as the Twitter Pages grows.

Note: Some statistics may differ between prints because Twitter doesn’t update all the numbers constantly in-real time. For example the last 28 day’s Report doesn’t take into account 29 and 30 of December like the others statistics do.

Metrics for the 3XR Social Media :

The 3XR project is still growing and fully made possible by a great team that currently also work at Mintbase. Still they had a big developments this month and it’s increasing in reach day by day. It should gain massive attention as the use cases continuously grow.

I only got access to this project Social Media pages 2 weeks later after being onboarded to this position. I explored more this projects communication throught the VR-DAO Social Media since I didn’t had access to theirs. Still now that more features have been developed this month and it’s getting more used, I will have a lot of material to work with. More details bellow in the Learnings and Next steps.

Most of the reach and gains in audience was done majorly by the 3XR team, as they usually post and update as they develop the features. The communication between me and them is being worked out, so I can better participate in this growth and help them with the communication.

The Instagram page needs a liftup and will be better worked out as I now have access to more information about the project features and developments that I didn’t had before. Some I will describe bellow. 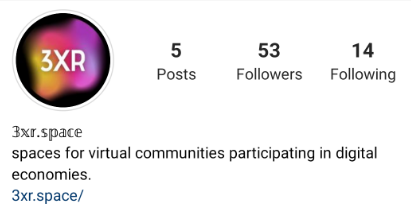 Since this was my first month in this role, I had a lot to learn, but I still think growth plans and details corrected were effective, but still want to go much further with this. It got me to learn more about the DAO itself and know the work that needs to be done to further and better implement with the tools we have at hand. Also there was a slower part of the month, mid December, without much projects happening specificly that could be broadcasts to the Audience. I hope to gain more reach during these times using more marketing strategy’s like Giveaway’s , Airdrops and Contests.

Also this reporting was quite the experience to make, but I believe it’s interesting to do it in a Forum and in Decentralizated way. I hope it’s of good use and easy to read.

I will try to improve it as I make it more times, also this wierd timeframe won’t happen anymore as the delay on being onboarded is now not a problem.

There’s a big need to engage with more projects by the VR-DAO, I believe the next steps should be growing out of it’s own bubble to try and spread beyond the existant community. This should be done via looking for similiar projects and try and engage with those communities.
Build a narrative for the experience and uses cases this Virtual Reality projects can bring.

There’s also some experimental ideas growing in the DAO, presented in the Creatives Forum, currently that will be presented soon.

One of the biggest projects in the VR-DAO is the 3XR.SPACE which I have been talks with @microchipgnu to take action on how we could showcase features of the project, with special events like Hidden Galleries, Private Events and Attendance Airdrops.

Also the updates on 3XR Project were only deployed this week and made available in the forums here:

December Over the month of December I improved the multiplayer feature quite a lot. Multiplayer Discovered and fixed a bug that was forcing the signal server to reset every time a not logged (via NEAR wallet) user was leaving a room, clearing the room’s state. This made it impossible for new users to reach users that were previously in the room. Improved the stability and availability of both servers. Improved how avatars look. Clicking an avatar leads the user to the avatar personal room. …

I will be making more progress on sharing these details in the following weeks to come in both Social Media pages.

Cross DAO and individual projects collaboration, is also a big thing to explore, from the responses I have been getting on the Social Medias, there’s big possibilites there.
I have a few ideas in mind and will be contacting the projects personally.

I think I may have been a bit overboard with the details added on the other steps of this report.

Any ideias the community has or should be brought to attention, please give me a shout and I will try to work with you on that.

I will also be requesting the same amount for this month of January to work on this position.
Total requested: 800$

Tagging @frnvpr and @marketingdao-council to review this report and proposal.

Thanks any further discussions please bring them up.

Thanks for the review @Dacha, happy new year!

Should I do the payout request on your AstroDAO?

Or wait for more MarketingDAO Councils to to review ?

Should I do the payout request on your AstroDAO?

Or wait for more MarketingDAO Councils to to review ?

Good evening. Sorry, for delay. I am ready to vote Yes on Astro DAO.

Can you please separate reports and funding requests in the future?

Happy to support this, moving to Approved

GM! Sorry about that, I also noticed that could be an issue, making it a bit harder to read the request. Will make it separate next time.

Thanks either way for the review, happy to contribute!

Please note: The funding process is changing. We will not be approving this in AstroDAO. You’ll still receive your funding when the new process is live. I’ll update this thread so we can get started.

Ok, thanks for the update, keep me posted about this.

Thanks for your patience!

The new funding process is now live, you can follow the instructions here to request your funding:

Hello NEAR Community, We are delighted to let the Community know that we have our new confirmed payout process. Some elements will be familiar if you had the opportunity to read my post from last week but if not, here it is again with links so you can dig into the necessary identity checks and verification that are now key to this new process. As of January 21, 2022, no payouts can be issued without an identity verification having been completed as outlined below. Please follow closely and …

Hello VR DAO! Since the Marketing DAO is following the payout process as shared above, I have been asked to nudge you to now post this proposal as a poll to the Marketing DAO Astro DAO so the Council can vote on the funding to be granted to you.

This action is needed from you as a successful (passed) poll is needed before we can proceed to the next/final step of issuing the Reward Agreement for your representative to sign.

Please let us know if you have any questions/concerns!

I have created the poll a few day’s ago like requested. 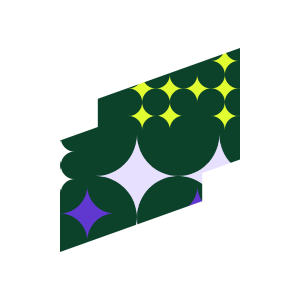 Is anything more needed from my side? @marketingdao-council

All done! Congratulations, poll has just been approved by the Council. You can proceed to request funds from NEAR Foundation as per the latest payout guidelines

@satojandro and Council, Thanks for approving my poll.

So which action should I take next?

I already filled up the Form and KYC a few day’s ago, should I recieve an email from NF to sign the transaction?

Hey, you’ll just need to wait for the Finance Team now, all good

Thanks for clarifying! Keep the awesome work