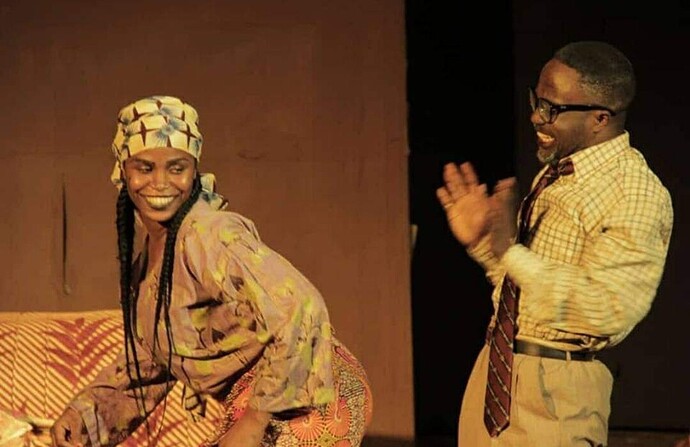 The DAO uses the acting platform to educate, entertain and give solutions to world problems, using the NEAR Ecosystem as it’s driving force. 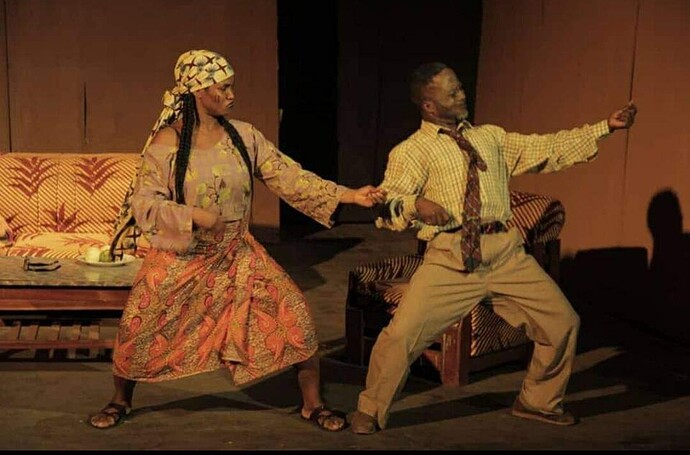 You can read more about our introduction on:

INTRODUCTION According to Aristotle in his Poetics; Drama is an imitation of action. This is the basic building block of the Thespians DAO. We want to use Drama to communicate the importance of the web3 Ecosystem and the NEAR Protocol. Many Entertainers tend to forget the origin of entertainment, which is Drama (on stage); before the introduction of Film (Motion Picture) in 1877 by the American Photographer, Eadweard Muybridge. We want to use the Thespians DAO to trace back the root and dig o…

In June, we were eager to kick off with a well planned Stage Drama in Nigeria, but it was unfortunate that there was a ban on New DAOs submitting proposal for the month of June. Thanks to the Creative DAO moderators who just lifted up the ban and has permitted us to carry on with the July Proposal (Reference on Creative DAO Chat, July 4th 2022).

Meanwhile, we were able to keep onboarding people via our personal funds, and we were carrying out one or two DAOs Activities to keep the Thespians DAO active. You can check out our June 2022 Report here: [Report] June 2022 Thespians DAO Monthly Report

JULY PLANS AND PROJECTS:
Now we can begin!
This July, we will be hosting our first Monologue Challenge and Stage Drama. Thanks to NF and the Creative DAO.

We want to engage more people this July and as well onboard a great number of NEARians into the Ecosystem through the use of Drama and Entertainment.

In pursuit of these goals, these are our tools…

[PROPOSAL] School-To-School Sensitization Project on NEAR Protocol and the Web3 Ecosystem Using Drama as its Work Force; For Thespians DAO (Season 1)
= (1,450 usd in DAI) submitted by @Roxy

Thank you,
The Thespians DAO 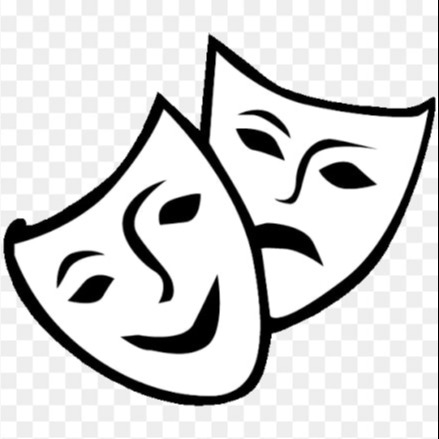 This is it!!! Nice one, loking forward to this.

This is welcomed development… Let’s spread the good news

Thanks alot @Styleherbalist
Glad we could start

Thanks alot @blusw
I’m super excited about how much Stage & Film Drama can do for us.

Hey, @Roxy
Your proposal looks really interesting, however, before we’ll move forward, could you please answer the below questions:

[PROPOSAL] School-To-School Sensitization Project on NEAR Protocol and the Web3 Ecosystem Using Drama as its Work Force; For Thespians DAO (Season 1) Besides minting NFTs, are you going to upload the video documentation on the YouTube? As you are kicking off with Season 1, and it’s your first activity as a DAO, it’d be nice to have these materials gathered in one place for the community as your signature.

Thank you @Paul for recognizing the Thespians DAO effort in achieving this success.

We will try to answer your questions to the best of our knowledge and experience in both Entertainment & Web3.

Our concept is this, Thespians DAO would be a movement and a community to reckon with in Entertainment and Web3. We would be hosting blockbuster Stage Dramas and Films that will generate revenue from Live Audience, Cinemas and on the Metaverse (either through $NEAR Crypto coin or Fiat payment).

If you check our Weekly Activities, you would notice we made one provision to teach NEARians about Self Development in both Film & Stage (FRIDAY: Online Skill Acquisition Workshop). So, we don’t only have Stage & Film Projects, human development is also part of our goals. We want to raise World Class Actors & Actresses, Film Makers, Stage Managers and Confident Entertainers who know the rules of the game and who would make money for themselves, doing what they love. We are not just stating facts, we have been training people in our different fields of study, even when the Thespians DAO has not been put in place. Personally, I can raise a Hundred of Cinematographers and editors in months; and we have other Specialists in our group who are waiting for us to blow the whistle and they will get to work.

It took me time to study Web3 and kick off, it has to take much longer to see us think to fail. We are here to achieve nothing but success!

We also intend to purchase Film Making equipment that would enable us work for DAOs, Companies, Individuals and Brands; and make money from our services.

We would set up a studio in Nigeria, where people can come and patronize us by using our Stage and Film Making equipment and space. I have experimented it, and I must tell you it works. And we are all experienced in this field; not bunch of Amateurs.

Notwithstanding, we have incorporated alot of people in Thespians DAO, and even when the Creative DAO suspended funding, we had a meeting on how we can move on; and I was wowed how we sounded like one mind and many of the members volunteered to help in one way or the other.

According to our Weekly Activities Schedule, every Tuesday Night is our DAO’s meeting. Why we made such provision is to allow every members of the group to air his or her view and get along. We don’t want to leave anybody behind, and we believe everybody can be part of the decision making. 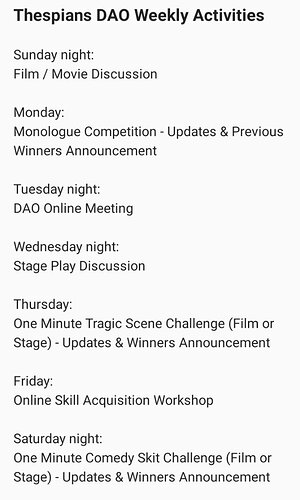 This is incredible… I love every steps and ideas

Hey @Roxy
Thank you for your explanation, it’s really appreciated!

Concerning the minting and YouTube uploads; and your recommendations; we will mint the pictures, and the video as unlockable. Anybody who buys the pictures would have access to the video. But the Stage Drama Trailer would be on the YouTube as an evidence to our work and output, and as enticer for people to purchase our NFTs

May I ask which tool you are going to use for the token gating?

May I ask which tool you are going to use for the token gating?

We have made some research, and some of our Mentors on the Forum have instructed us on the procedures to take and have agreed to help when we get to that bridge.

But for documentation sake and reference to your question; we will mint the pictures, and upload the video in a Google Drive or Web3.Storage; and make it accessible for Varda Vault Team (Varda.vault) to help us unlock it. Why we have to send the links to Varda Vault Team is because we cannot do it from Nigeria due to our Geographical location.

But, it’s a learning process for all of us. We would accept recommendations from you, if you have otherwise.

Africa needs to bring back the culture of stage act and drama, it is a beautiful way to express the beauty and art Africa possesses, this is an awesome initiative, it’s going to further bring Africa to the world of art and web3.
Question

Thank you very much @ELKHUSH
This DAO is not only a community of Actors and Actresses, it is a Community of all Creatives too.

This is because it centers on two strong pillars: Stage Drama and Film Drama

And these two pillars comprise of not only Actors and Actresses, but Make Up Artistes, Costumiers, Lighting Designers, Location Mangers, Set Designers, Script Writers, Playwrights, Stage Managers, Stage Hands, Production Managers, Production Assistants, Line Directors, Producers, Directors, Boom Operators, Sound Recordist, Continuity Managers … I can go on and on and mention many of them who make up these industry and community; and we are onboarding all of them.

This is really great, wish you guys best of luck with this and the Near future

Thank you so much @ELKHUSH
It’s an honour having your blessings on this new movement.

Hello @creativesdao-mods
Any update on our proposal? We need to start up Pre-Production plans in order to execute on time.

These are not just mere events, this project requires rehearsals and auditions as well. So, we need to be updated on time.

Dear Thespians DAO,
Thank you for all your answers!
Happy to say that this proposal follows the Creatives DAO Guidelines, and it is approved by the Community Moderators. Please create a poll on the Creatives DAO Astrodao , so that the council can vote. When and if the vote of the council is ‘yes’, approach NF for your payout proposal, following this guideline: [New Process] Community Payouts . Also, Feel free to join our Discord Server to Post Your Monthly Reports and Funding Proposals for Better Organization.

Thank you @Paul and @creativesdao-mods
We are glad we could finally start. We will follow the directions and give updates on the go.