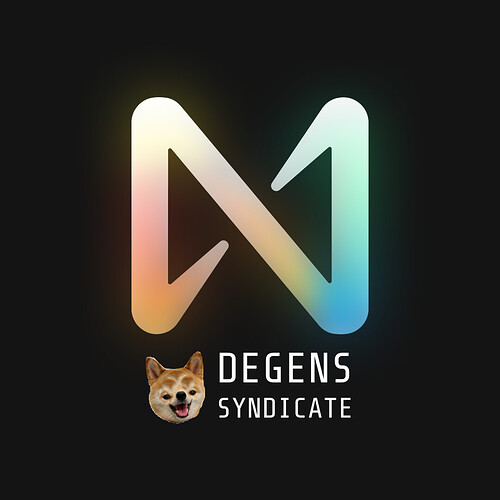 The First Ever Community-Run NEAR Youtube Channel: NEAR Degen Syndicate

Hello!
My name is Grigory (You may know me as a moderator/designer of the OWS guild). We are a group (Oleg, Gulnara, Dmitry, Stanislav, Daria, Denis and me) of active NEAR community ambassadors. To get to know us better, you can read an article (https://medium.com/nearprotocol/the-first-ever-community-run-near-youtube-channel-is-now-live-be5971c50335) from the 4NTS guild about us. 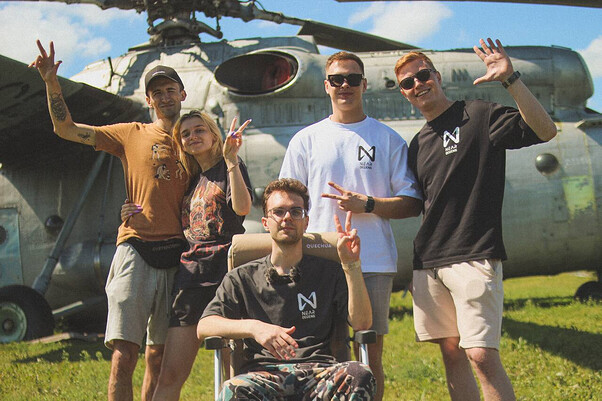 Considering all our skills, we decided to make our own channel dedicated to the NEAR Protocol and projects on it.
Our first video
Ep. 2 video
Ep. 3 video
SKYWARD Tutorial

We are just getting started, but have already received a lot of support from many people, including the NEAR Protocol team. We strongly believe in NEAR Protocol and its enormous potential, which can give the world a lot. For some of us, creating content for the NEAR Protocol has become the main job.
As for our channel we have big plans and serious goals for it. One of the main goal is to attract an audience and show that the blockchain and the crypto world in general are not only trading on the exchange of various coins, but also the development of projects, ecosystems and even games. We believe that a successful strategy is to attract the younger generation, even if they are not so advanced in development, but in the future they can become the basis for new projects that will change the world. We want to make quality content based on references, which we consider other successful channels from various fields. To interest the public, you need to do it brightly, modern and concisely - this is the key to success.

We plan to make not only weekly releases, but also videos on various topics. Also arrange AMA, record interviews with developers, make guides for projects on NEAR Protocol.

Our goals also include the development of our social media accounts and advertising.

Our plans for next months:

Detailed Requested Funding Amount:
Studio rent: (~4 hours of rent per video) - 120 NEAR/month
Advertising: 150 NEAR/month (an approximate budget that we may reduce)
Inventory (rent/buying): 100 NEAR/month (for example, we bought a light, an armchair and other things for past videos)
Gasoline, travel: 100 NEAR/month
Teleprompter 130 NEAR
Pay out the according to hours spent: 200*7 NEAR per person/month

Hey @p0k! Awesome to see what you and your group are doing, and this content is so important to have.

Since it is content creation however, and therefore a marketing endeavour, this is not a proposal for the Creatives DAO but for the Marketing DAO. Tagging my colleague @jcatnear so next steps can be discussed. I’ve also reorganized the post under the "Marketing"category for ease of reference.

Hey @mecsbecs!
I didn’t know this and was recommended to me by the Creatives DAO. Thank you!

Love what you are doing guys and the quality of your work is really outstanding!

I have witnessed the Youtube team from their first inception (and may have written the article introducing them ^-^) and they are definitely solid, both in terms of their commitment and execution. I think having a community-run Youtube channel dedicated to NEAR to not only share NEAR news but also provide tutorials etc would be superb for the ecosystem. I know personally that other regional communities def have an information barrier because most of the content we produce are in English (and Mandarin too but that’s because there is a very lively team + base there), so tutorials to Ref.finance, Skyward…and other upcoming products in video format + subtitles would be really good for our global community.

Hope they can get the support they deserve!!

@Sofia_Alum @Dacha @rimberjack thank you! Your support is very important to us

And I started to prepare information / script for a new video. We now have two actors! There will be a new format.

Hi team! Awesome work so far! Please know that your request is received and I’ll be processing it ASAP. Hopefully it wouldn’t take more than a week.

If you need to reach me elsewhere, you can DM me on Telegram: @jcatnear or schedule a chat on Calendly: calendly.com/jcatnear

Looking forward to working with you guys! 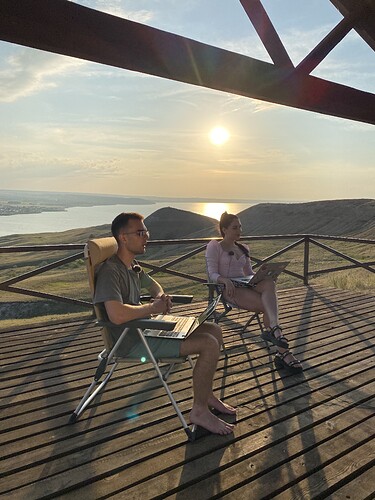 A professional team of digital content producers and a well run You Tube channel are useful marketing tools for NEAR. Other near projects could make use of your skills to raise awareness and generate content.

Looking forward to see how this progresses…

It happened, we have our 3rd news episode! We drove a long distance to film it

@jcatnear
Created a request for payout on Marketing DAO. 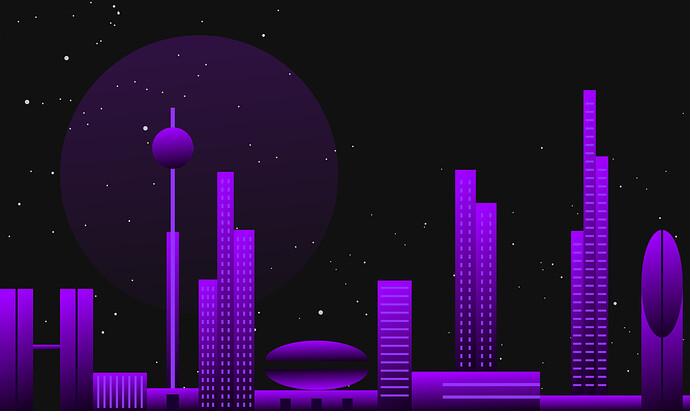 SputnikDAO is a hub of DAOs empowering communities of the NEAR ecosystem. Receive rewards for individual contributions by submitting proposals to existing DAOs. Create a guild for your own meaningful project to find allies and monthly funding.

Later I will make a post about our analytics and future plans of the community.