After successfully organizing two back to back KIL Live shows with KIL DAO in February 2022, KIL would like to organize two more shows in March that will feature two new independent artist from Asia who will officially be onboarded to the NEAR ecosystem.

Details / List of Activities during KIL Live in March 2022

KIL DAO has garnered interest from other artists and creatives who would like to be a part of our council. We will be expanding our guild/community by adding 3 more members to our council in March 2022 including @dreebsby.near and @deevlr.near

We would like to thank the Creatives Dao, NXM and the Near foundation for the opportunity and for showing us your continuous support. Looking forward to our next KIL Live show in March 2022!

Hey @JudeKIL, Wondering What is Streaming Fee? Also how it is not Under Event Management Budget?

Ps sorry for my late response Monish, I did not get a notification on my e-mail, didn’t realize you left a comment until Tabea told me.

Hey @JudeKIL thank you for clarifying it out, am good with the proposal now.

Hello! This proposal follows the Creatives DAO Guidelines, so it is approved by the Community Moderators. Please create a poll on the Creatives DAO astrodao [link: https://app.astrodao.com/dao/creatives.sputnik-dao.near] so that the council can vote. When and if the vote of the council is ‘yes’, approach NF for your payout proposal, following this guidelines: [New Process] Community Payouts

Thanks @Monish016 Can I proceed to create a poll on Astro DAO? CC @tabear @JulianaM

Hey @JudeKIL, thank you pls join our discord channel
And post your report, funding and bounties in respective channel. 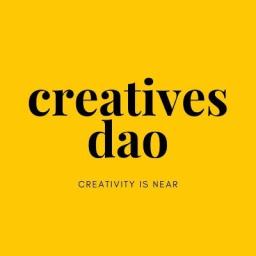 Check out the Creatives DAO community on Discord - hang out with 32 other members and enjoy free voice and text chat.

Thanks @Monish016 Will do

ATTN to the NEAR Foundation members who are viewing this post, you can find the link to the poll for the Creatives DAO DAO for this particular proposal. PS we shall proceed to edit this once our poll has gained enough votes to pass.