Thanks for the vote and the trust, we will give our best in this project.

We are part of Gambiarra DAO, and our desire to start doing social media is great, we would love to do this work and so we accept this value that was proposed to us initially. But we are already finalizing the proposal that will be sent to the DAO marketing, in the month of February to March.

Ok, thanks. I support your proposal. Have a great day. Thanks @FritzWorm for quick response.

Yep, this is now tagged as marketing.

Hello, will be great if you guys can take a look here @marketingdao-council as now even the title is for Marketing on february

and this looks a very good proposal.

Thanks for the reply. Based on what you’ve outlined, this looks like a reasonable proposal to fund.

Hello NEAR Community, We are delighted to let the Community know that we have our new confirmed payout process. Some elements will be familiar if you had the opportunity to read my post from last week but if not, here it is again with links so you can dig into the necessary identity checks and verification that are now key to this new process. As of January 21, 2022, no payouts can be issued without an identity verification having been completed as outlined below. Please follow closely and …

Report of the week. 131 followers on instagram, about 60 people liking the page on facebook. Engagement with exponential and organic growth.

Gambiarra DAO’s marketing in the month of February carried out through its team advertising campaigns that generated good results for DAO as well as for the NEAR and Mintbase platforms, generating engagement with audiences of artists who already knew NFT’s and also with those who did not.

It was possible to conduct outreach to featured artists through social media and organize important links, actions, and galleries/exhibitions.

Weekly posts were made in addition to the proposals, as we had demands of more than two posts per week, we presented projects, highlights and also shared workshops held through Gambiarra DAO.

Each professional made a report on their area, which was delivered to the Gambiarra DAO group, in PDF format, as well as to anyone who requires it, maintaining transparency.

Our proposal for the month of March is already described with the demands that arose in February, and the necessary adjustments to continue the work of advertising and marketing Gambiarra DAO, so that it gets better and better, and meet the needs of our DAO.

For example: Give more attention to Youtube channel, which already exists, boost highly relevant publications, increase the number of posts on social networks and interactions, increase the hours and days of monitoring the discord, to help the new, and those who have questions, develop a site that presents the Dao, as well as their actions, components, etc…

USD 500 for the production team and organization of Gambiarra’s advertising and marketing.

The videos shared on youtube, as well as the links in the “Tutorials” channel on discord, allow new members to learn about DAO, NEAR, Mintbase, and learn about.

Publish the proposal for the month of March where are the new demands that have arisen, as well as the improvements to be made. We intend to progressively continue this work, publicizing the actions, artists, governance, DAO, etc; Improving each month, and helping artists find collectors, and spaces to experience their artistic potentials, we also intend to put social actions linked to Gambiarra DAO.

In Gambiarra’s Discord we are with 116 participants, 7 warning posts, 5 news, 9 tutorials, 2 meetings. A new category called FEMINU was created due to a need of Gambiarra DAO with 9 channels, because the proponent of the FEMINU exhibition needed to have an accessible place for the introduction and organization of the exhibition with its participants.

The Discord monitoring schedule, Tuesdays and Saturdays from 6 pm to 8 pm. 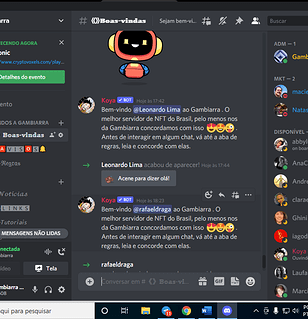 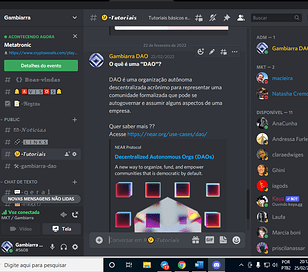 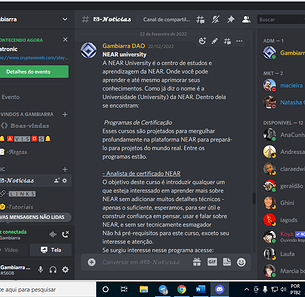 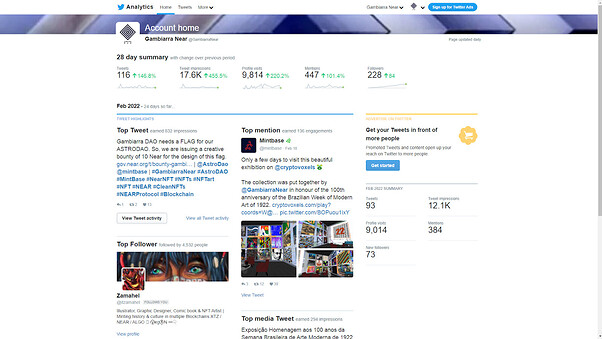 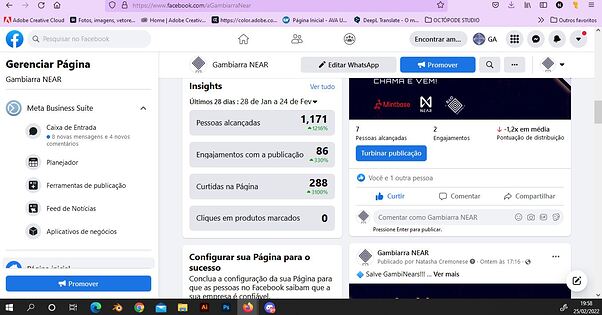 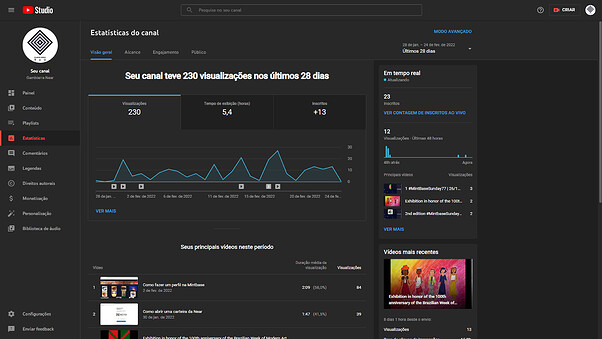 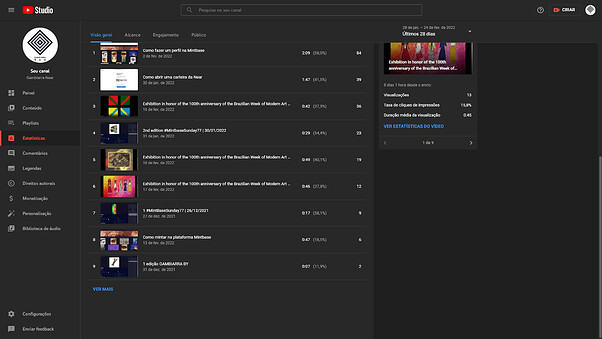 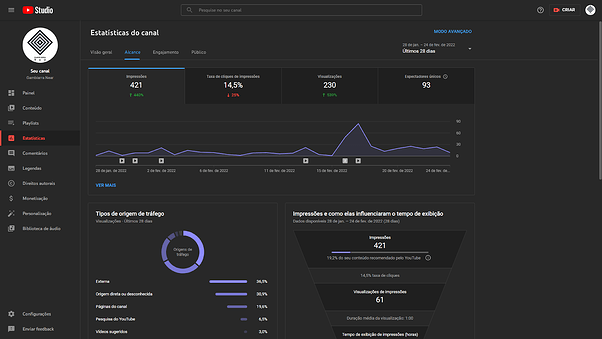 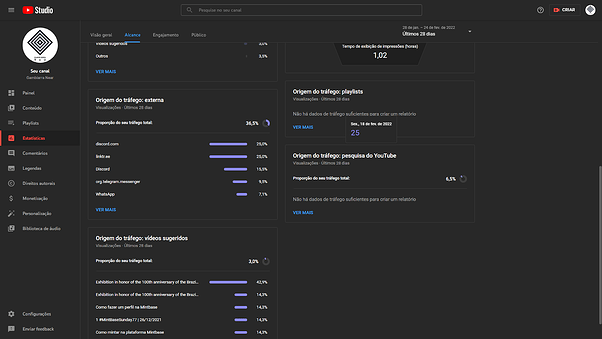 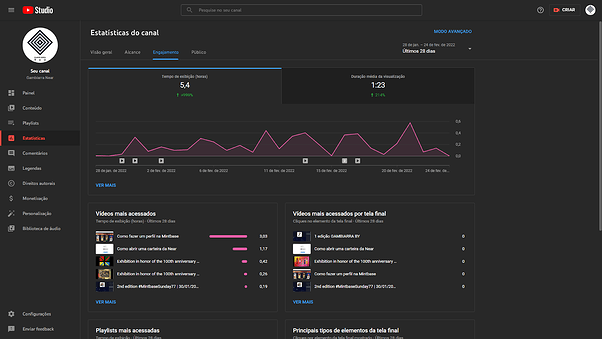 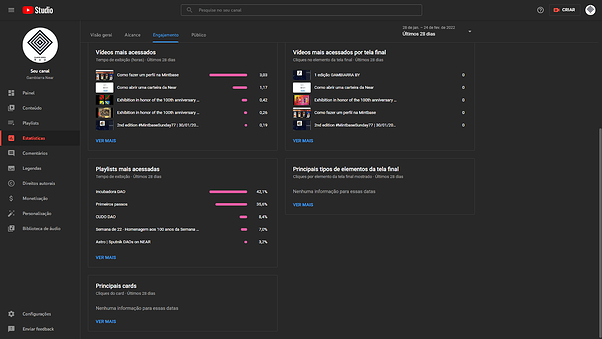 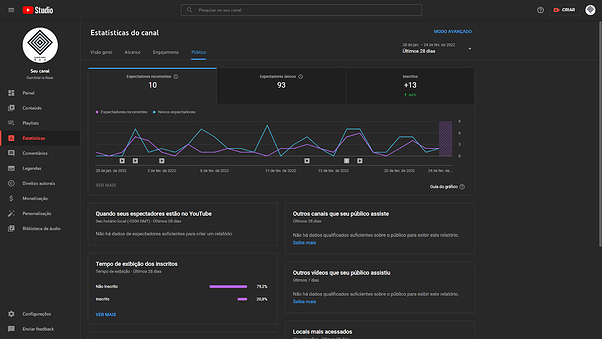 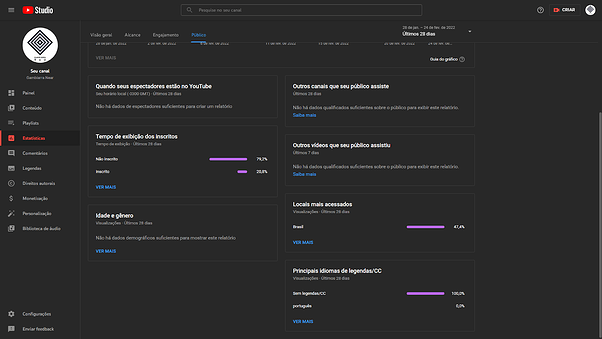 Wonderful! An honor to be part of this team, I hope I can reach the goal of 500 followers, but for sure a good job has been done. Congratulations to the colleagues on the team.

Nice February report! Let’s go all out for March! Marketing Gambiarra DAO! Thanks to @ViniciusGCP94

Thank you @macieira. With great power comes great responsibility. And this is ours, my dears.

Congratulations to this team that put on a show of professionalism! You surprised us very positively!

thank youuu so much !!

Thank you soo much Cleusa! im so haappy for it

This project is awesome. You have done a great job my friends. I am really surprised by the amazing results. Congrats you all !!!

thank you so much @iagods we believe in the our force.

Thank you @cleusaraven I believe you will do the same.

Thanks a lot @Ghini, but your work is even better.