Objective
Our first direct proposal to creatives comes from the idea of collaboration between metaverse and world outside the metaverse.

In November 2021 we started a project called A woman without addictions seeks the woman with addictions, script and shooting were done in Lisbon at that time in a collaborative creation between actress Lorena da Silva, actress Brenda Lua, filmmaker Thais de Almeida Prado together with Sergio Silva and Michele M.

We propose as well that our premiere should also take place in a web3 movie theater, so that the whole community can witness the premiere of this film.

Justification (benefits)
The relevance of this project is to establish partnerships within and outside the metaverse, co-creating possible forms of filmmaking without dependence on only one source of funding. We also intend that some collaborator of Nômade Label DAO could join this project, either in the role of soundtrack, color correction, etc.

Notes
For the pre-production and the filming of the movie a modest amount of money was invested by the hands of the collaborators of the movie. We need only a little to finish the film.

We then asked for a sum of 2000 USD, which is well below market rates to finish the film.
Editing, Color Correction, Sound Design, Mixing, DCP creation…

Below the basic budget for finishing this film 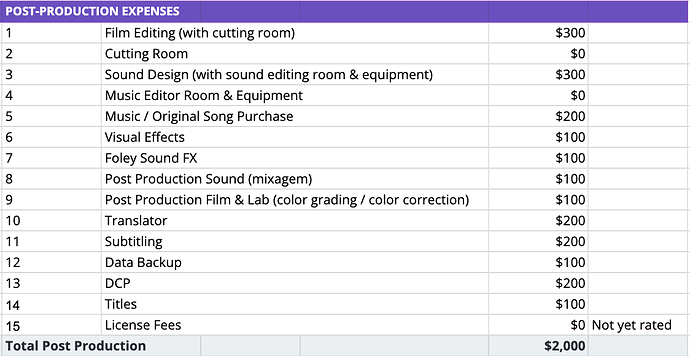 Filmes de Infiltração DAO has the main objective to give light and focus to cinematographic works, which have so much difficulty in being made, because the film industry ends up running over many authorial projects in favor of projects with a label or a trademark. The idea here is to focus on one project at a time, so that we can raise the money to carry out the projects honestly and successfully.

Greetings to the community
keeping our joy the proof of nine and nursing it with love.
#filmesdeinfiltracao-dao

Hello @filmesdeinfiltracao ! Congrats on the first proposal.
Could you give a cost breakdown for the film and indicate who would be involved in fulfilling the tasks mentioned above for the funding. thanks

Thank you for your feedback!
Sure, I’ll do it task by task asap, and I’ll return to you

@filmesdeinfiltracao Thanks for updating the breakdown. I’m happy to say that this proposal follows the Creatives DAO Guidelines, and it is approved by the Community Moderators. Please create a poll on the Creatives DAO Astrodao , so that the council can vote. When and if the vote of the council is ‘yes’, approach NF for your payout proposal, following this guideline: [New Process] Community Payouts .
Thanks!

Dear @ted.iv What a great great news!!! A little celebration moment for us!!!

We are really happy for this first fundings step!!!

I’ll create de poll on the Creatives DAO and hope for the yes!
Best
Thais

Congrats @filmesdeinfiltracao looking forward to seeing how the DAO evolves

great!! I am happy to see this dao growing, and looking forward to the next steps! Congratulations @filmesdeinfiltracao

All the best of luck. Looking forward to seeing the film! <3

Thank you @roadworks! I just saw your website and found it very nice! let’s talk and exchange more

@ritamaria soon we can make some film collaborations

This month was the first time that Filmes de Infiltração DAO received a Fund.
At the same time, we haven’t received the money from the fund yet. And this has somewhat hindered the editing process of the film.

Anyway, we have started the first cut of the film.
The editor used DaVinci Resolves for editing.
The images were placed on the timeline, based on the scene selections, and we are with a first rough cut of 30minutes, and we now want to focus on the script, so that the final cut finish in 15minutes in total.

Some sound design sketching is being done while editing is taking place, but it will be finished once the final cut is done.
After the sound editing, the color grading, soundtrack and mixing work will take place.

With the delay in depositing the fund, we have decided to extend our timeline to August, so that we can pay our service providers on time.

In the meantime we will produce a series of three NFT gifs.

This month was the first time that Filmes de Infiltração DAO received a Fund. We just received the fund on August, and this has somewhat hindered the editing process of the film. For that reason we’ll keep focusing on this project. What we have done while waiting the fund: We have started the first cut of the film. The editor used DaVinci Resolves for editing. The images were placed on the timeline, based on the scene selections, and we are with a first rough cut of 30minutes, and we now …

Proponent: Filmes de Infiltração DAO NEAR account for payment: filmesdeinfiltracao.sputnik-dao.near Proposal: Project Timeline: JULY / AUGUST Total Budget: 2000 USD | DAI Objective: The main objective of this proposal was to do the post-production (editing, sound design, color correction, sound and visual effects, lettering/credits designer, mixing, translation, subtitles and so on to finish with the DCP) of the film A WOMAN WITHOUT ADDICTIONS SEEKS THE WOMAN WITH ADDICTIONS. However, wit…

so curious to watch this film, heard so much interesting things about the shooting in Lisbon. excited!

I just read this, so excuse me for my late reply. And huge thanks for your compliments!
Also I’m in for what you wrote: Yes, let’s meet up and chat! 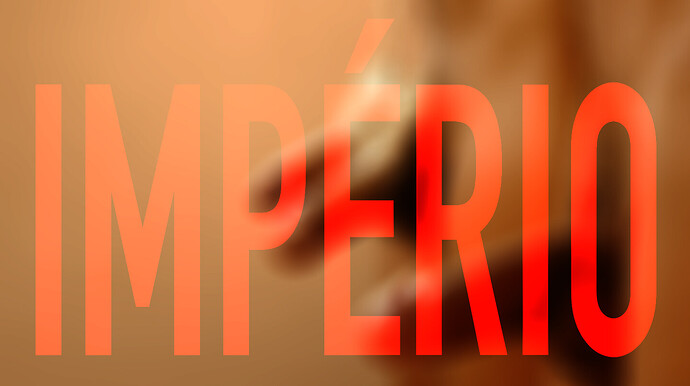 We opted for this film because this short-movie was way more simple to make. We needed a location, daylight, one afternoon and one well-executed sequence shot with a good camera and a great cinematographer, 3 performers that could stay standing their hole, the director to bring the gaze and the producer to control time schedule and so on.

In addition IMPÉRIO has no dialogue, no need for translation and subtitling which made it much easier for us.

To make IMPÉRIO (first of our films fully supported by NEAR) our budget was:

Director of Photography (with camera equipment) - @theuba.near - 300 US
Performer 1 - rafaelrufolf.near - 150 US @rafaelrudolf .near
Performer 2 - gustavovinagre.near - 150 US @gustavovinagre .near
Performer 3 - wasem_simon.near - 150 US
Editor (with editing room) - @thaisampr .near - 50 US
Music and Sound Designer (with sound editing room) - thaisampr.near - 200 US @thaisampr
Credits Designer - joaomarcosalmeida.near - 100 US
Director and Screenwriter - thaisampr.near - 100 US
Production and Sales agent (who will keep working on the project submitting to festivals and so on) - @naralobo .near 400 US
DCP - 200 US

We had 3 onboarding: theuba.near a great cinematographer and gustavovinagre.near a great film director both from Brazil, awarded and well known internationally. Who joined us as well is the photographer and producer denisefait.near. Also during this week we’ll show them how to flow in NEAR ecosystem and let them more autonomous with their movements around here.

About Festivals submissions
The film IMPÉRIO is ready and is already being sent to festivals.

Many film festivals have encouragement awards and cash prizes. In addition they give visibility to the film. This film is also part of a larger project THE WOMEN OF PAU-BRASIL that will gradually be presented to the community.

*note that some festivals charge a fee for submissions. 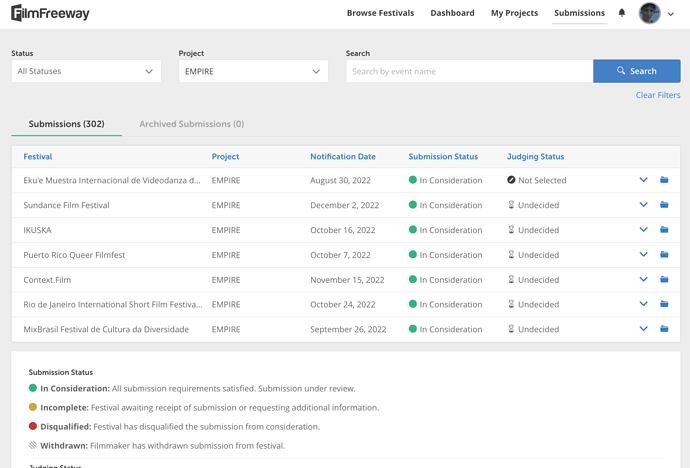 Proponent: Filmes de Infiltração DAO NEAR account for payment: filmesdeinfiltracao.sputnik-dao.near Proposal: Project Timeline: JULY / AUGUST Total Budget: 2000 USD | DAI Objective: The main objective of this proposal was to do the post-production (editing, sound design, color correction, sound and visual effects, lettering/credits designer, mixing, translation, subtitles and so on to finish with the DCP) of the film A WOMAN WITHOUT ADDICTIONS SEEKS THE WOMAN WITH ADDICTIONS. However, wit…